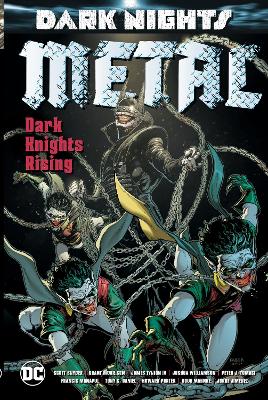 Seven nightmarish versions of Batman from seven dying alternate realities have been recruited by the dark god Barbatos to terrorize the World's Greatest Heroes in our universe. They threaten life across the Multiverse, and the Justice League may be powerless to stop them! Now in paperback!

» Have you read this book? We'd like to know what you think about it - write a review about Dark Nights: Metal: Dark Knights Rising book by Grant Morrison and you'll earn 50c in Boomerang Bucks loyalty dollars (you must be a Boomerang Books Account Holder - it's free to sign up and there are great benefits!)