Dark Side of the Moon

Description - Dark Side of the Moon by Alan Jacobson

The OPSIG team must literally leave Earth to save it in this "thriller ride of a lifetime" from the USA Today-bestselling author of The Lost Codex (Gayle Lynds).

In 1972, Apollo 17 returned to Earth with two hundred pounds of rock--as well as something far more dangerous than they could have imagined. For decades, the military concealed the crew's mysterious discovery. But now a NASA contractor has leaked the intel to conspiring foreign powers, putting in their hands the most powerful weapon of mass destruction yet created.

While FBI profiler Karen Vail and OPSIG Team Black colleague Alexandra Rusakov try to root out the NASA mole and break up the spy ring, covert operatives Hector DeSantos and Aaron Uziel prepare for a mission beyond anything they've ever attempted--a spaceflight to the moon itself--to avert a war that could not only disrupt the global balance of power, but also end in catastrophic annihilation . . .

Dark Side of the Moon is the 4th book in the OPSIG Team Black series, but you may enjoy reading the series in any order.

Buy Dark Side of the Moon by Alan Jacobson from Australia's Online Independent Bookstore, Boomerang Books.


Book Reviews - Dark Side of the Moon by Alan Jacobson

» Have you read this book? We'd like to know what you think about it - write a review about Dark Side of the Moon book by Alan Jacobson and you'll earn 50c in Boomerang Bucks loyalty dollars (you must be a Boomerang Books Account Holder - it's free to sign up and there are great benefits!)

Alan Jacobson is the national bestselling author of several critically acclaimed novels. In order to take readers behind the scenes to places they might never go, Jacobson has embedded himself in many federal agencies, including spending several years working with two senior profilers at the Federal Bureau of Investigation's vaunted Behavioral Analysis Unit in Quantico. During that time, Jacobson edited four published FBI research papers on serial offenders, attended numerous FBI training courses, worked with the head firearms instructor at the academy, and received ongoing personalized instruction on serial killers--which continues to this day. He has also worked with high-ranking members of the Drug Enforcement Administration, the US Marshals Service, the New York Police Department, SWAT teams, local bomb squads, branches of the US military, chief superintendents and detective sergeants at Scotland Yard, criminals, armorers, helicopter pilots, chief executive officers, historians, and Special Forces operators. These experiences have helped him to create gripping, realistic stories and characters. His series protagonist, FBI profiler Karen Vail, resonates with both female and male readers, and writers such as Nelson DeMille, James Patterson, and Michael Connelly have called Vail one of the most compelling heroes in suspense fiction. Jacobson's books have been published internationally, and several have been optioned for film and television. A number have been named to Best of the Year lists. Jacobson has been interviewed extensively on television and radio, including on CNN, NPR, and multiple ABC, CBS, NBC, and Fox network affiliates. 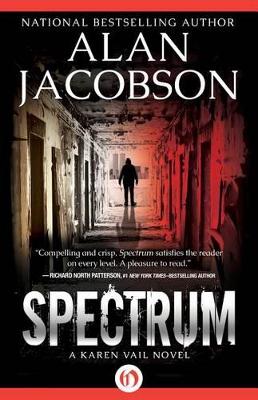 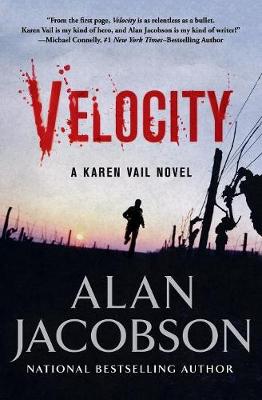 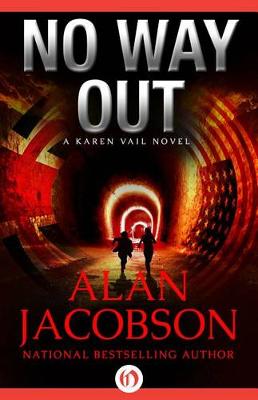