The Business of Slavery in Rhode Island

Tells the story of one state in particular whose role in the slave trade was outsized: Rhode Island
Historians have written expansively about the slave economy and its vital role in early American economic life. Like their northern neighbors, Rhode Islanders bought and sold slaves and supplies that sustained plantations throughout the Americas; however, nowhere else was this business so important. During the colonial period trade with West Indian planters provided Rhode Islanders with molasses, the key ingredient for their number one export: rum. More than 60 percent of all the slave ships that left North America left from Rhode Island. During the antebellum period Rhode Islanders were the leading producers of "negro cloth," a coarse wool-cotton material made especially for enslaved blacks in the American South.
Clark-Pujara draws on the documents of the state, the business, organizational, and personal records of their enslavers, and the few first-hand accounts left by enslaved and free black Rhode Islanders to reconstruct their lived experiences. The business of slavery encouraged slaveholding, slowed emancipation and led to circumscribed black freedom. Enslaved and free black people pushed back against their bondage and the restrictions placed on their freedom. It is convenient, especially for northerners, to think of slavery as southern institution. The erasure or marginalization of the northern black experience and the centrality of the business of slavery to the northern economy allows for a dangerous fiction-that North has no history of racism to overcome. But we cannot afford such a delusion if we are to truly reconcile with our past. 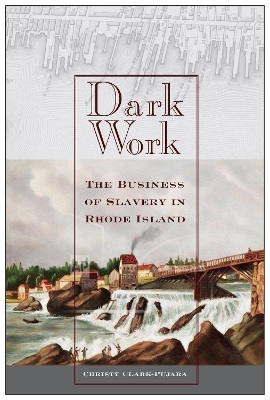 » Have you read this book? We'd like to know what you think about it - write a review about Dark Work book by Christy Clark-Pujara and you'll earn 50c in Boomerang Bucks loyalty dollars (you must be a Boomerang Books Account Holder - it's free to sign up and there are great benefits!)