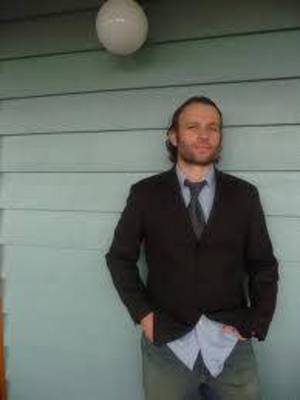 'The darkest little room in the world is the human heart,' she said at last. 'Even yours, perhaps, has black secrets that you would never let into the light.'

Patrick's Holland's haunting new novel arises from his experiences in Indochina. An atmospheric literary thriller, it tells the story of Joseph, an Australian journalist living in Saigon who, shortly after reporting on a murdered girl washed up in Saigon River, is approached by a foreign businessman describing a brothel known as 'the darkest little room in Saigon'. This mysterious informant shows him a photograph of a beautiful woman covered in wounds. Joseph sets out to investigate, not only to uncover the mistreatment of these women, but in the hope of at last finding the one woman he cannot forget. Rich in setting and characterisation, and pure in voice, The Darkest Little Room explores the elemental dilemmas of being an outsider, the nature of desire, and the risks of loving, especially in a world where no one is who they seem.

'Thriller, love story, a journey of redemption ... this is both a stunning page-turner and an investigation into the dim caverns of the human heart and soul that bears comparison to Graham Greene and Joseph Conrad. Holland's writing is spare, gripping, and unexpectedly flares like the burning of Vietnamese paper money, as the book describes, for the ghosts of the unloved dead. Here is humour, menace and beauty effortlessly combined in a novel of genuine power. Holland is, quite simply, one of the best prose stylists working in Australia today.' - Matthew Condon

'Tense, troubling and beautifully rendered, this remarkable novel proves that the darkest little room is indeed the human heart. Patrick Holland has joined the ranks of the adventurer novelists and enhanced his growing reputation.' - Michael Robotham

» Have you read this book? We'd like to know what you think about it - write a review about Darkest Little Room book by Patrick Holland and you'll earn 50c in Boomerang Bucks loyalty dollars (you must be a Boomerang Books Account Holder - it's free to sign up and there are great benefits!)


A Preview for this title is currently not available.
More Books By Patrick Holland
View All