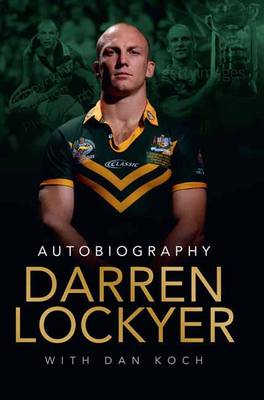 The Rugby League superstar s end-of-career autobiography - a must for every Queenslander! In 2011, NRL fans hadthe chance to share in a piece of rugby league history. The game's record books were re-written, some taken to heights unlikely to ever be matched. Darren Lockyer will celebrated his 34th birthdaylast year. Of those 34 years, 17 had been spent putting his body through hell in perhaps the toughest football competition on the planet. Lockyer has, quite literally, spent half his lifetime in the NRL. By season's end Lockyer held the all-time appearance record for club, state and country. It is a feat no less a judge than Wayne Bennett declared would never be equalled. The remarkable longevity of Lockyer's excellence has earned him the respect of fellow athletes around the world and the adoration of fans everywhere. But while undoubtedly one of the most recognisable athletes in Australia, Lockyer has largely maintained his privacy, rarely, if ever, allowing fans a look at the man behind the man. In this book Lockyer, for the first time, opens up on the people, places, incidents and events which have shaped the life and career of an Australian sporting icon. From his da 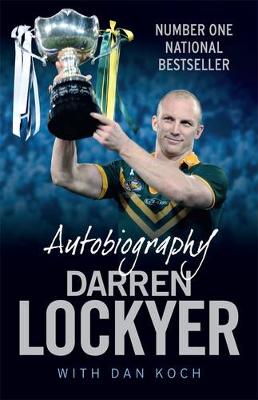 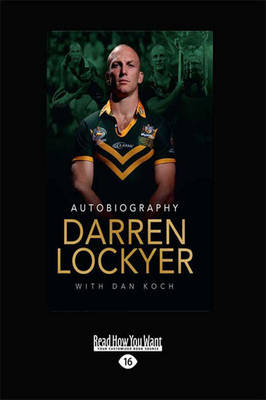 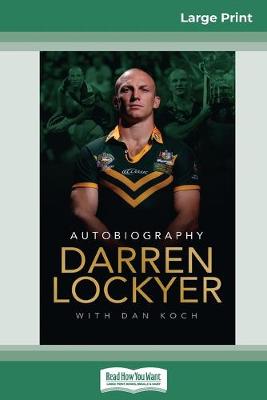 » Have you read this book? We'd like to know what you think about it - write a review about Darren Lockyer Autobiography book by Darren Lockyer and you'll earn 50c in Boomerang Bucks loyalty dollars (you must be a Boomerang Books Account Holder - it's free to sign up and there are great benefits!)

Darren Lockyer is one of Rugby League's most famous and well regarded sons. He is the consummate professional, a true gentleman of the game, captaining teams at every level to the highest tiers of success, and as such, is one of the most respected men in the game today. He has won every accolade the game has to offer, including the Golden Boot for International Player of the Year - playing in two different positions. His retirementlast year was the end of an era.