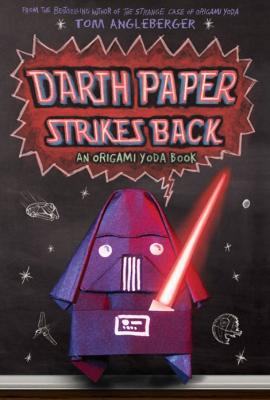 The hilarious, clever, and much-anticipated follow-up to the breakout hit, The Strange Case of Origami Yoda! It is a dark time at Ralph McQuarrie Middle School. After suffering several Origami Yoda-related humiliations, Harvey manages to get Dwight suspended from school for being a "troublemaker." Origami Yoda pleads with Tommy and Kellen to save Dwight by making a new case file-one that will show how Dwight's presence benefits McQuarrie. With the help of their friends, Tommy and Kellen record cases such as "Origami Yoda and the Pre-eaten Wiener," "Origami Yoda and the Exploding Pizza Bagels," and "Origami Yoda and Wonderland: The Musical." But Harvey and his Darth Paper puppet have a secret plan that could make Dwight's suspension permanent . . .This is the second case file in the blockbuster bestselling Origami Yoda series, written by Tom Angleberger, author of Star Wars: Return of the Jedi: Beware the Power of the Dark Side, showcasing his proven knack for authentically capturing the intrigues, fads, and dramas of middle school in "a satisfying tale of friendship and just resistance to authority" (Kirkus Reviews, starred review).Praise for Darth Paper Strikes BackSTARRED REIVEW"Angleberger's just-as-funny follow-up to The Strange Case of Origami Yoda delves deeper into the mystery of the helpful paper Yoda in a satisfying tale of friendship and just resistance to authority.Pitch-perfect middle-school milieu and enough Star Wars references (and laughs) to satisfy fans and win new ones."-Kirkus Reviews, starred review "In this imaginative sequel...author Tom Angleberger has his finger puppet squarely on the erratic pulse of middle-school life, with its shifting allegiances, squeals, moans and misgivings."-Washington Post "As with this story's predecessor, the well-observed middle-school dynamics (and Angleberger's sharp sense of humor) are greatly amplified by the book's design, which includes faux wrinkled pages, abundant doodles, and other scrawled marginalia. It's a natural step up from the Wimpy Kid series, with more text and narrative complexity, but just as much on-target humor and all-around fun." -Publishers Weekly "This book is honest, funny, and immensely entertaining. The illustrations and design will engage readers. Based on the positive reception Origami Yoda has received, kids will be clamoring for this sequel. They won't be disappointed." -School Library Journal "The Force is with Tom Angleberger in this sequel to his funny and clever novel/comics hybrid, The Strange Case of Origami Yoda. A sequel to equal the funny and clever novel/comics debut of the Origami Yoda, as Dwight's friends try to save him from reform school.-Shelf Awareness "With the same deft touch that made The Strange Case of Origami Yoda a pleasure, Angleberger takes readers through the ups and downs of adolescence." -Portland Book Review "Darth Paper offers further proof that Angleberger really understands middle-schoolers and the daily dramas that engulf them, while still finding the humor inherent in their situations.-Scripps News

Other Editions - Darth Paper Strikes Back by Tom Angleberger 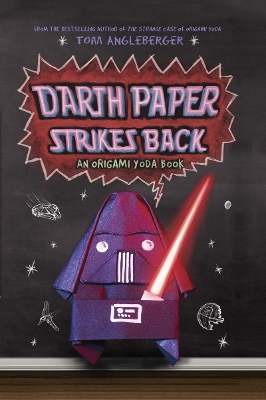 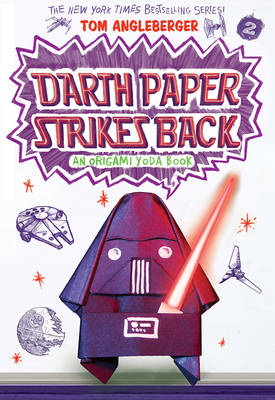 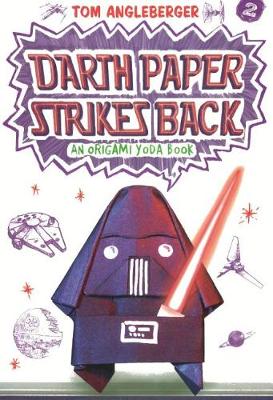 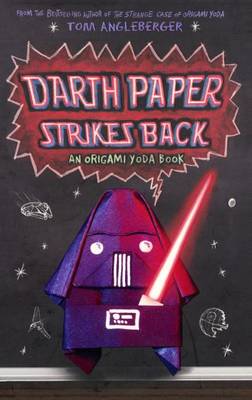 View all editions of Darth Paper Strikes Back by Tom Angleberger

» Have you read this book? We'd like to know what you think about it - write a review about Darth Paper Strikes Back book by Tom Angleberger and you'll earn 50c in Boomerang Bucks loyalty dollars (you must be a Boomerang Books Account Holder - it's free to sign up and there are great benefits!)