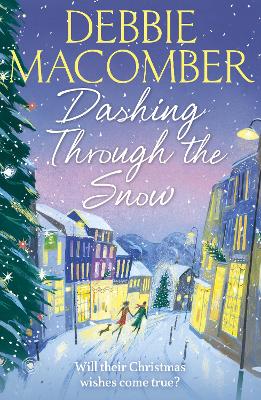 Dashing Through the Snow

Description - Dashing Through the Snow by Debbie Macomber

The new romantic Christmas story from New York Times bestselling author Debbie Macomber.Ashley Davison is desperate to spend the holidays with her mother in Seattle. Dash Sutherland has an interview for the job of a lifetime in Seattle and must arrive by 23 December. Both frantic to book a last-minute flight out of California, Ashley and Dash collide at the airport to learn that there are no flights and only one rental car available. After a rocky start, the two reluctantly agree to drive to Washington together. But their journey isn't without obstacles, and a misunderstanding with the law threatens to ruin their holiday plans altogether.Will Ashley make it home in time to surprise her mother? Will Kevin report to duty as expected? And most importantly, will they both have the opportunity to discover the greatest gift of all?

Other Editions - Dashing Through the Snow by Debbie Macomber 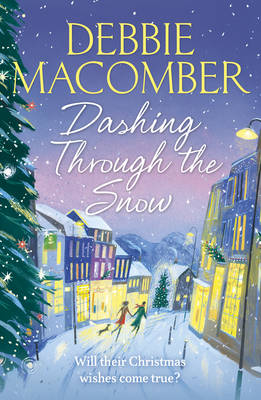 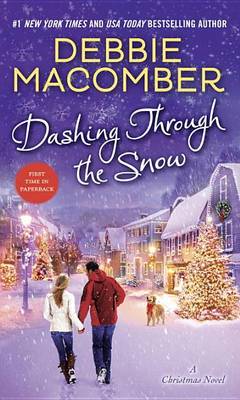 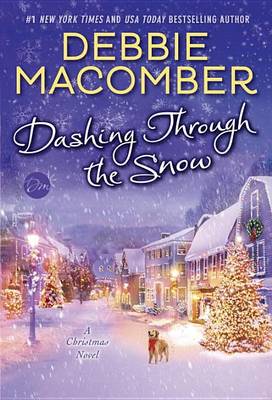 View all editions of Dashing Through the Snow by Debbie Macomber

Book Reviews - Dashing Through the Snow by Debbie Macomber

» Have you read this book? We'd like to know what you think about it - write a review about Dashing Through the Snow book by Debbie Macomber and you'll earn 50c in Boomerang Bucks loyalty dollars (you must be a Boomerang Books Account Holder - it's free to sign up and there are great benefits!)

Debbie Macomber is a no. 1 New York Times bestselling author and one of today's most popular writers with more than 170 million copies of her books in print worldwide. In addition to fiction, Debbie has also published two bestselling cookbooks; numerous inspirational and nonfiction works; and two acclaimed children's books. The beloved and bestselling Cedar Cove series became Hallmark Channel's first dramatic scripted television series, Debbie Macomber's Cedar Cove, which was ranked as the top program on US cable TV when it debuted in summer 2013. Hallmark has also produced many successful films based on Debbie's bestselling Christmas novels. Debbie Macomber owns her own tea room, and a yarn store, A Good Yarn, named after the shop featured in her popular Blossom Street novels. She and her husband, Wayne, serve on the Guideposts National Advisory Cabinet, and she is World Vision's international spokesperson for their Knit for Kids charity initiative. A devoted grandmother, Debbie and her husband Wayne live in Port Orchard, Washington (the town on which her Cedar Cove novels are based) and winter in Florida.

A Preview for this title is currently not available.
More Books By Debbie Macomber
View All

Dear Santa: Settle down this winter with a heart-warming romance - the perfect festive read
$39.99 $49.99

Jingle All the Way: Cosy up this Christmas with the ultimate feel-good festive bestseller
$44.00 $55.00