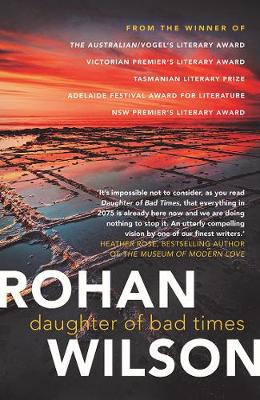 'I'm a great fan of Rohan Wilson - and this is his best novel yet.' - Favel Parrett, bestselling author of Past the Shallows and When the Night Comes

'It's impossible not to consider, as you read Daughter of Bad Times, that everything in 2075 is already here now and we are doing nothing to stop it. An utterly compelling vision by one of our finest writers.' Heather Rose, bestselling author of The Museum of Modern Love

'What better pitch than helping the refugees of the world? Who doesn't want to help refugees, right? The five Australian facilities are immigration detention centres, sure, but they're also manufacturing plants. That means two revenue streams for one facility. And we also clean up our image. We're not just a corrections company anymore-now, we're building communities, we're saving lives.'

Rin Braden is almost ready to give up on life after the heartbreaking death of her lover Yamaan and the everyday dread of working for her mother's corrupt private prison company. But through a miracle Yamaan has survived.

Yamaan turns up in an immigration detention facility in Australia, trading his labour for a supposedly safe place to live. This is no ordinary facility, it's Eaglehawk MTC, a manufactory built by her mother's company to exploit the flood of environmental refugees.

Now Rin must find a way to free Yamaan before the ghosts of her past and a string of bad choices catch up with them both.

In its vision of the future, Daughter of Bad Times explores the truth about a growing inhumanity, as profit becomes the priority.

Other Editions - Daughter of Bad Times by Rohan Wilson 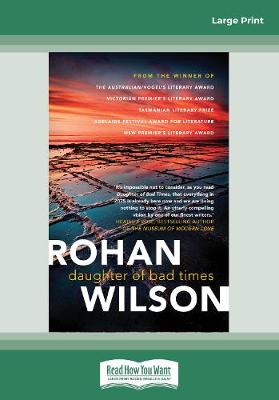 » Have you read this book? We'd like to know what you think about it - write a review about Daughter of Bad Times book by Rohan Wilson and you'll earn 50c in Boomerang Bucks loyalty dollars (you must be a Boomerang Books Account Holder - it's free to sign up and there are great benefits!)

Book Review: Daughter of Bad Times by Rohan Wilson - Reviewed by CloggieA (21 May 2019)

4.5?s Daughter of Bad Times is the third novel by award-winning Australian author, Rohan Wilson. It’s 2074, sea levels have risen and refugees are no longer pariah, but actively sought. Cabey-Yasuda Corrections is a global company that “employs” refugees in their manufacturing plants, one of which, situated on the Eaglehawk Peninsula in Tasmania, uses the survivors of the tsunami that submerged the Maldives. CYC’s CEO is Alessandra Braden.

One of those survivors is Yamaan Ali Umair, formerly cook/houseboy at the Braden’s Feydhoo Finolhu beach house until his employment was terminated just weeks before the tsunami. Significantly, he was also the lover of Alessandra’s twenty-six-year-old daughter, Rin. Heartbroken in her belief that Yamaan perished, Rin finally discovers his whereabouts, and is determined to bring him home. Of course, no Maldives means Yamaan has no home. And as she learns the truth about her own childhood, Rin begins to wonder whether she truly has one either.

With her authority as CYC’s Executive Vice President Government Relations, Rin believes that getting Yamaan out of Eaglehawk Migrant Training Centre will be a fairly straight-forward proposition, but it turns out to be more complicated. When she arrives at Eaglehawk MTC, she finds that Yamaan is reluctant, after the tenor of their last parting, to accompany her; further to that, the rules governing the status of these environmental refugees have changed. Alessandra is less than sympathetic, but Rin will not let this lie: she will break the law if she has to.

Wilson easily conveys a near-future world that is technologically more advanced but well within the realms of possibility. Certainly, the environmental crisis he describes requires no stretch of the imagination. As well as narratives and flashbacks from Rin and Yamaan, Wilson uses press releases, transcripts of Royal Commission proceedings and a police interview, emails, letters and media interviews to fill in the story.

His protagonists have depth and interest: Rin Braden initially comes across as spoilt and self-centred perhaps partly a product of her age, but ultimately proves single-mindedly resolute, while Yamaan is full of integrity at the cost of his own comfort and safety. Alessandra Braden has fearful reputation with her staff and, while she professes to love Rin, most of her actions belie a soft side.

Wilson’ descriptive prose is excellent and the dramatic action leading to the climax would translate particularly well to the screen. This is an enthralling and thought-provoking read. This unbiased review is from an uncorrected proof copy provided by Allen & Unwin. 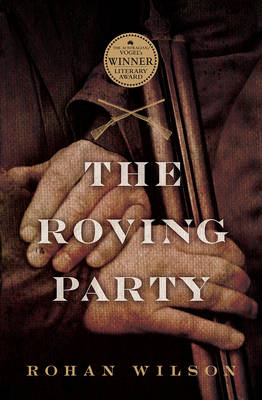 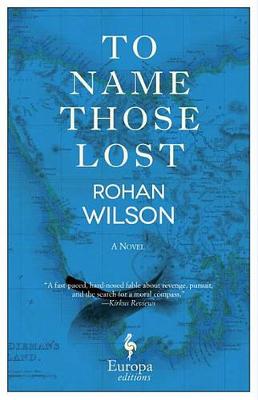 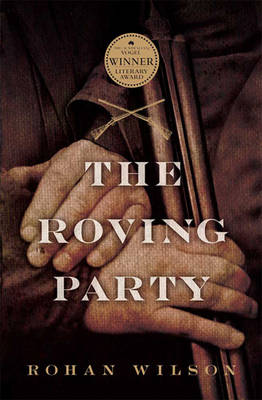