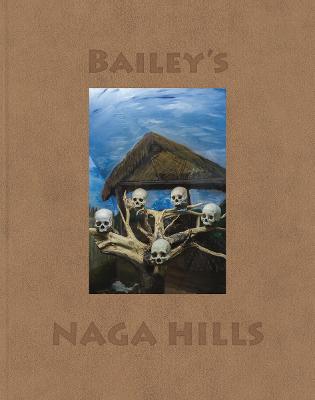 This book is David Bailey's portrayal of the landscapes and personalities of the mystical and densely forested Naga Hills, part of the complex mountain barrier between India and Myanmar (Burma), and home to the Naga tribes, "those with pierced ears" in Burmese. Bailey's desire to visit the Naga Hills has been with him since youth, yet access had been continually restricted because of war and unrest-until 2012 when that wish finally became a reality.

Bailey had initially wanted to photograph the story of the last headhunters in the region, but in typical Bailey style, he needed to improvise when things didn't quite go to plan: he recalls for example cutting though difficult terrain (at times needing to walk beside the four-wheel drives), becoming lost for hours, only to be discovered by armed men who directed him to a party at a guard post, where he proceeded to dance the night away with the soldiers... This is the newest book exploring Bailey's ongoing fascination with India, the previous being his Delhi Dilemma of 2012, and by no means the last-for in Bailey's words, "India seems endless."

Why the Naga Hills first, where is this land of mystery? Mostly in my imagination. A place that no one I knew had been to ... did I read of it in the two years I spent doing national service in Malaya and Singapore? It had no pyramids on the Nile, no hidden city in the Himalayas like Shangri-La. It's most likely I read about it in the writings of Rudyard Kipling. David Bailey

» Have you read this book? We'd like to know what you think about it - write a review about David Bailey: Bailey's Naga Hills book by David Bailey and you'll earn 50c in Boomerang Bucks loyalty dollars (you must be a Boomerang Books Account Holder - it's free to sign up and there are great benefits!)