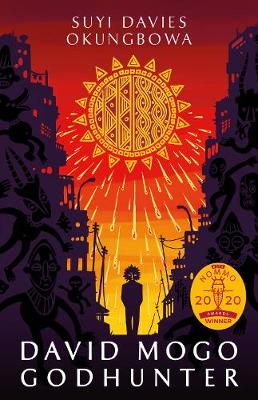 Since the Orisha War that rained thousands of deities down on the streets of Lagos, David Mogo, demigod, scours Eko's dank underbelly for a living wage as a freelance Godhunter. Despite pulling his biggest feat yet by capturing a high god for a renowned Eko wizard, David knows his job's bad luck. He's proved right when the wizard conjures a legion of Taboos-feral godling-child hybrids-to seize Lagos for himself. To fix his mistake and keep Lagos standing, David teams up with his foster wizard, the high god's twin sister and a speech-impaired Muslim teenage girl to defeat the wizard.

» Have you read this book? We'd like to know what you think about it - write a review about David Mogo Godhunter book by Suyi Davies Okungbowa and you'll earn 50c in Boomerang Bucks loyalty dollars (you must be a Boomerang Books Account Holder - it's free to sign up and there are great benefits!)


A Preview for this title is currently not available.
More Books By Suyi Davies Okungbowa
View All