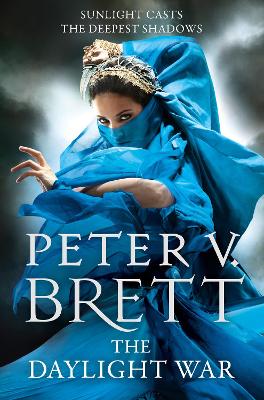 ON THE NIGHT OF A NEW MOON ALL SHADOWS DEEPEN AND THE DEMONS RISE.

Arlen Bales understands the threat better than anyone. Resisting the coreling plague has shaped him into a weapon so powerful he has attracted enemies both above and below ground.

But as Arlen prepares his people for battle, a daylight war approaches from the south. Out of the desert rides an army led by a man who believes his destiny is to unite humanity against the demons, willingly or not.

Once, Ahmann Jardir and Arlen were like brothers. Now they are the bitterest of rivals, and Jardir's ambition is matched only by the magic wielded by his first wife, Inevera, a powerful priestess.

The corelings will attack in thirty nights, and the only men capable of defeating them are divided against each other by the most deadly demons of all: those that lurk in the human heart.


Other Editions - The Daylight War by Peter V. Brett 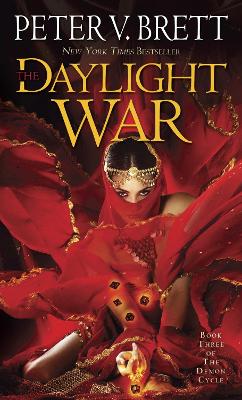 » Have you read this book? We'd like to know what you think about it - write a review about Daylight War book by Peter V. Brett and you'll earn 50c in Boomerang Bucks loyalty dollars (you must be a Boomerang Books Account Holder - it's free to sign up and there are great benefits!)

Peter V. Brett is the internationally bestselling author of the Demon Cycle series, which has sold over two million copies in twenty-five languages worldwide. Novels include The Painted Man, The Desert Spear, The Daylight War, The Skull Throne, and The Core. He spends too much time on the Internet but occasionally unplugs to practice kickboxing and dad fu. He lives in Manhattan.