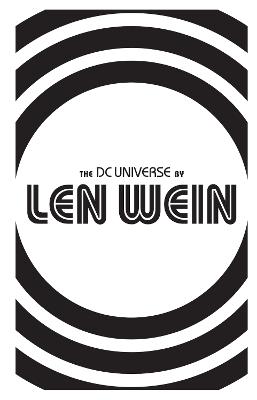 Renowned writer Len Wein, the co-creator of Marvel's Wolverine and DC's Swamp Thing, is joined by an all-star array of legendary artists as his greatest works at DC are collected in this anthology graphic novel!

From the Teen Titans to Swamp Thing, Len Wein had his fingerprints on just about every aspect of DC Comics. As a writer and later editor, Wein helped to innovate some of the company's most groundbreaking titles, including work on Watchmen, New Teen Titans, Justice League of America, Saga of the Swamp Thing and more.

» Have you read this book? We'd like to know what you think about it - write a review about DC Universe by Len Wein book by Len Wein and you'll earn 50c in Boomerang Bucks loyalty dollars (you must be a Boomerang Books Account Holder - it's free to sign up and there are great benefits!)


A Preview for this title is currently not available.
More Books By Len Wein
View All