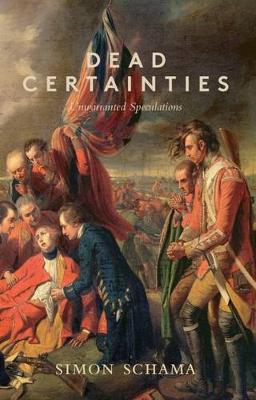 On 13 September 1759, General James Wolfe, having led the British troops up the St Lawrence to victory in the Battle of Quebec, died on the Heights of Abraham. Schama examines this death, and how Wolfe was made to die again -through the spectacular painting by Benjamin West, and through the writings of the 19th-century historian Francis Parkman.

Schama's second death concerns Parkman's uncle, George Parkman of Harvard Medical College, who disappeared in 1849 in mysterious circumstances and who was rumoured to have been murdered by a colleague.

Through these incidents, Schama sheds light on the writing of history, the history of history, and the relationship of 'story' to 'history'. 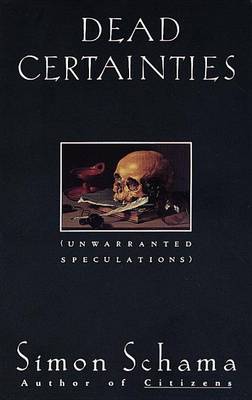 » Have you read this book? We'd like to know what you think about it - write a review about Dead Certainties book by Simon Schama and you'll earn 50c in Boomerang Bucks loyalty dollars (you must be a Boomerang Books Account Holder - it's free to sign up and there are great benefits!)

Simon Schama is University Professor of Art History and History at Columbia University and the prize-winning author of fourteen books, which have been translated into twenty languages. They include The Embarrassment of Riches: An Interpretation of Dutch Culture in the Golden Age; Citizens: A Chronicle of the French Revolution; Landscape and Memory; Rembrandt's Eyes; the History of Britain trilogy; and Rough Crossings, which won the National Book Critics Circle Award. He has written widely on music, art, politics and food for the Guardian, Vogue and the New Yorker. His award-winning television work as writer and presenter for the BBC stretches over two decades and includes the fifteen-part A History of Britain, the eight-part, Emmy-winning Power of Art and The American Future: A History.

A Preview for this title is currently not available.
More Books By Simon Schama
View All