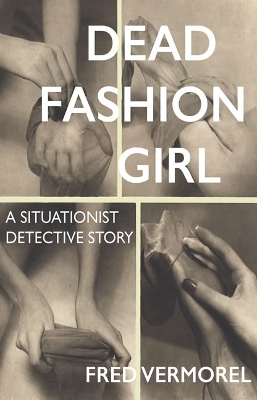 A crime and a six-decade cover-up- the death of a fashion designer in the cesspit of vice and violence that was 1950s London.In 1954, Jean Mary Townsend was strangled with her own scarf and stripped of her underwear but not sexually assaulted. The subsequent police investigation was bungled, leading to a six-decade cover-up, ensuring that this twenty-one-year-old fashion designer was effectively killed twice- first bodily, and then as her significance and her memory were erased. Fred Vermorel's forensic, troubling (and trouble-making) investigation digs deep into Jean Townsend's life and times, and her transgressive bohemian milieu. It disentangles the lies and bluffs that have obscured this puzzling case for over half a century and offers a compelling solution to her murder and the official secrecy surrounding it.
More than just a true crime story, Vermorel's investigation deploys Townsend's death as a wild card methodology for probing the 1950s- a cesspit of vice and violence, from coprophiles to bombsite gangs and flick knives in the cinema. Densely illustrated with archival material, Dead Fashion Girl is a heavily researched, darkly curious expose of London's 1950s society that touches on celebrity, royalty, the postwar establishment, and ultimately, tragedy.

» Have you read this book? We'd like to know what you think about it - write a review about Dead Fashion Girl: A Situationist Detective Story book by Fred Vermorel and you'll earn 50c in Boomerang Bucks loyalty dollars (you must be a Boomerang Books Account Holder - it's free to sign up and there are great benefits!)


A Preview for this title is currently not available.
More Books By Fred Vermorel
View All