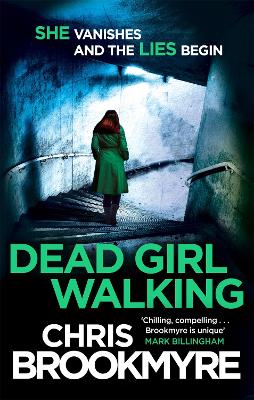 Life is dangerous when you have everything to lose.Famous, beautiful and talented, Heike Gunn has the world at her feet. Then, one day, she simply vanishes.Jack Parlabane has lost everything: his journalism career, his marriage, his self-respect. A call for help from an old friend offers a chance for redemption - but only if he can find out what happened to Heike.Pursued by those who would punish him for past crimes, Parlabane enters the world of Heike's band, Savage Earth Heart, a group at breaking point. Each of its members seems to be hiding something, not least its newest recruit Monica Halcrow, whose possible relationship with Heike has become a public obsession.Monica's own story, however, reveals a far darker truth. Fixated on Heike from day one, she has been engulfed by paranoia, jealousy and fear, as she discovers the hidden price of fame. From Berlin to Barcelona, from the streets of Milan to remote Scottish islands, Parlabane must find out what happened before it's too late, all while the walls are closing in on him... » Have you read this book? We'd like to know what you think about it - write a review about Dead Girl Walking book by Chris Brookmyre and you'll earn 50c in Boomerang Bucks loyalty dollars (you must be a Boomerang Books Account Holder - it's free to sign up and there are great benefits!)

Chris Brookmyre was a journalist before becoming a full-time novelist with the publication of his award-winning debut Quite Ugly One Morning, which established him as one of Britain's leading crime authors. His Jack Parlabane novels have sold more than one million copies in the UK alone.

A Preview for this title is currently not available.
More Books By Chris Brookmyre
View All