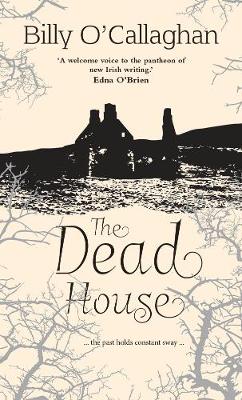 Attempting to rebuild her life after a violent relationship, Maggie Turner, a successful young artist, moves from London to Allihies and buys an ancient abandoned cottage. Keen to concentrate on her art, she is captivated by the wild beauty of her surroundings.

After renovations, she hosts a house-warming weekend for friends. A drunken game with a Ouija board briefly descends into something more sinister, as Maggie apparently channels a spirit who refers to himself simply as 'The Master'. The others are visibly shaken, but the day after the whole thing is easily dismissed as the combination of suggestion and alcohol.

Maggie immerses herself in her painting, but the work devolves, day by day, until her style is no longer recognisable. She glimpses things, hears voices, finds herself drawn to certain areas: a stone circle in the nearby hills, the reefs at the west end of the beach behind her home ... A compelling modern ghost story from a supremely talented writer.

» Have you read this book? We'd like to know what you think about it - write a review about Dead House book by Billy O'Callaghan and you'll earn 50c in Boomerang Bucks loyalty dollars (you must be a Boomerang Books Account Holder - it's free to sign up and there are great benefits!)

Billy O'Callaghan was born in Cork in 1974, and is the author of three previous short story collections: In Exile (2008) and In Too Deep (2009), both published by the Mercier Press, and The Things We Lose, the Things We Leave Behind (2013) published by New Island Books, the title story of which earned him the 2013 Bord Gais Energy Irish Book Award for Short Story of the Year. The recipient of literature bursaries from the Arts Council in 2010 and the Cork County Council in 2015 among several other honours, including the Molly Keane Award and the George A. Birmingham Award, his work has been broadcast on RTE Radio One's Book On One, Sunday Miscellany and the Francis MacManus Awards series. He has also been short-listed on four occasions for the RTE/P.J. O'Connor Award for Radio Drama. Over the past fifteen years, his short stories have appeared in some ninety literary magazines and journals around the world, including: Absinthe: New European Writing, Alfred Hitchcock Mystery Magazine, the Bellevue Literary Review, Bliza, Confrontation, the Fiddlehead, the Forge Magazine, Hayden's Ferry Review, the Kenyon Review, the Kyoto Journal, London Magazine, the Los Angeles Review, Narrative Magazine, the Southeast Review, Southword, Versal, and Yuan Yang: a Journal of Hong Kong and International Writing. New work is forthcoming in Salamander, the Emerson Review and Valparaiso Fiction Review. He also contributes regular book reviews to the Irish Examiner. Billy won second place in the 2017 Costa Short Story Awards for his story The Boatman.

A Preview for this title is currently not available.
More Books By Billy O'Callaghan
View All