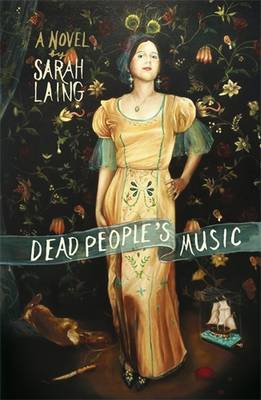 "The first novel from one of New Zealand's prize-winning, emerging writers Classical is karaoke - just playing covers of dead people's music - or so Wellingtonian Rebecca concluded at her London conservatorium. She's sabotaged her scholarship there, but wants to keep playing the cello, like her grandmother, Klara. Now unmoored from her classical training, she's in New York City, where Klara grew up. As Rebecca investigates her Jewish-refugee heritage, she starts to compose her own songs, but has to contend with diabetes and other burning issues- is she with the right man, or should she swap stability for lust? And how much longer can she live with a neurotic, junk-scavenging flatmate, on the verge of murdering another zebra fish?" 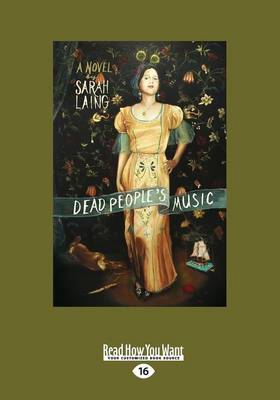 » Have you read this book? We'd like to know what you think about it - write a review about Dead People's Music book by Sarah Laing and you'll earn 50c in Boomerang Bucks loyalty dollars (you must be a Boomerang Books Account Holder - it's free to sign up and there are great benefits!)

Sarah Laing is a fiction writer and graphic artist. Born in Urbana-Champaign, USA, in 1973, and raised in Palmerston North, she studied at Victoria University, and worked as a graphic designer in Wellington and New York City. She won the Sunday Star-Times Short Story Competition in 2006, and has since published a short story collection, Coming Up Roses, and a novel, Dead People s Music. Of the latter, a reviewer on Radio New Zealand National said, It s wonderful . . . fantastic . . . it s one of the best first New Zealand novels I have ever read. The places are very vividly drawn . . . it s a marvellous journey that Rebecca goes on . . . This is clever, clever writing, strong characters, wonderfully evoked setting and I highly recommend it. Laing was a Michael King Writers Centre Writer in Residence in 2008, was awarded the Buddle Findlay Fellowship in 2010, and received the Michel King Writers Centre six-month University of Auckland Residency to work on a graphic novel about Katherine Mansfield that is part-biography, part-memoir and part-fiction. I In her most recent novel, The Fall of Light, she combines the form of a traditional nov

A Preview for this title is currently not available.
More Books By Sarah Laing
View All