More than twenty-five years after the official end of the Vietnam War, Dear America allows us to witness the war firsthand through the eyes of the men and women who served in Vietnam. In this collection of more than 200 letters, they share their first impressions of the rigors of life in the bush, their longing for home and family, their emotions over the conduct of the war, and their ache at the loss of a friend in battle. Poignant in their rare honesty, the letters from Vietnam are "riveting,...extraordinary by [their] very ordinariness...for the most part, neither deep nor philosophical, only very, very human" (Los Angeles Times). Revealing the complex emotions and daily realities of fighting in the war, these close accounts offer a powerful, uniquely personal portrait of the many faces of Vietnam's veterans. Over 100,000 copies sold.

» Have you read this book? We'd like to know what you think about it - write a review about Dear America book by Bernard Edelman and you'll earn 50c in Boomerang Bucks loyalty dollars (you must be a Boomerang Books Account Holder - it's free to sign up and there are great benefits!)

It’s through armed conflict with others that many of our innate traits begin to take more presence.

From the many letters presented to readers from the anthology, ‘Dear America, Letters Home from Vietnam’, compiled and edited by Bernard Edelman, the letters manage to convey the personal tribulations that many soldiers harbour due to the Vietnam war, and through discussing their deepest and most intimate thoughts with their loved ones, manage to show how conflict can bring out our true characters.

This can be seen through letters that manage to show compassionate soldier, by revealing that regardless of the Vietnamese being their enemy, the sadness they feel for the innocent lives lost manages to break them, while other soldiers use the war and the ordeal they’ve faced to gain answers to why they’ve chosen to fight. Similarly, the ever present thought of death and the notion of killing Vietnamese for some soldiers, and their lust for more, serves to convey how war, despite bringing sympathy or humanising other soldiers, can also bring out our most inhuman traits.

Through the many letters in ‘Dear America, Letters Home from Vietnam’, compiled together by Bernard Edelman, the letters manage to convey how the personal thoughts of soldiers themselves are shaped and characterised by the war.

This is seen through the written letters written the anxieties and heartbreak over losing companions due to the war, which manage to show how conflict brings about more sensitive individuals, while the letters from soldiers needing answers to their reasons for fighting are founded through experiencing first-hand the effects that war can have on their loved ones or the locals themselves, and lastly, the animalistic and slightly inhuman traits characterised by armed men who begin are shaped by these traits as the war proceeds evermore.

From the soldiers growing compassion to others, their moral reasons for participating in these wars, or revelations that provoke a much darker perspective on life, it can be seen that war no matter in what form, brings about very mixed and personal responses to all involved.

Bernard Edelman served as a broadcast specialist/correspondent in Vietnam. He is the author of Centenarians: The Story of the 20th Century by the Americans Who Lived It 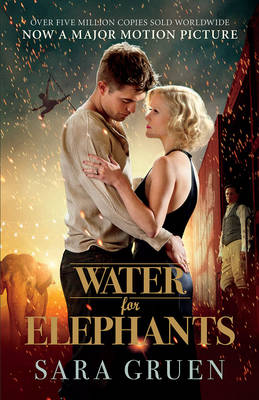