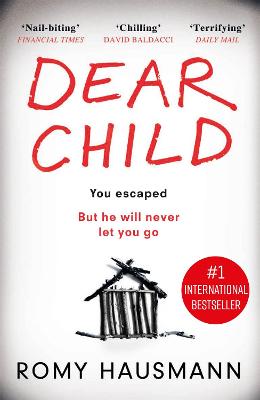 THE NO.1 INTERNATIONAL BESTSELLER'Chilling, original and mesmerising. Hausmann is a force to be reckoned with' David Baldacci'A peerless exercise in suspense' Financial Times 'Claustrophobic, terrifying and fiercely compelling' Daily Mail'Disturbingly good' Lesley Kara 'Gripping, suspenseful and beautifully written' Jo SpainYOU ESCAPED. BUT HE WILL NEVER LET YOU GO.A windowless shack in the woods. Lena's life and that of her two children follows the rules set by their captor, the father: meals, bathroom visits, study time are strictly scheduled and meticulously observed. He protects his family from the dangers lurking in the outside world and makes sure that his children will always have a mother to look after them. One day Lena manages to flee - but the nightmare continues. It seems as if her tormentor wants to get back what belongs to him. And then there is the question whether she really is the woman called 'Lena', who disappeared without a trace over thirteen years ago. The police and Lena's family are all desperately trying to piece together a puzzle that doesn't quite seem to fit.'Will haunt you long after the last page' Alice Feeney'Keeps you guessing' Sunday Express'Intelligent and original' Sunday Independent'Outstanding' Publishers Weekly 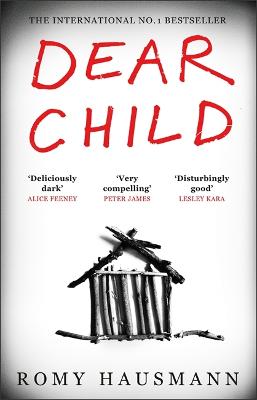 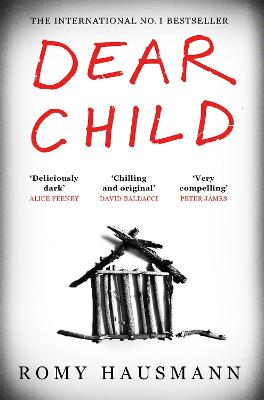 » Have you read this book? We'd like to know what you think about it - write a review about Dear Child book by Romy Hausmann and you'll earn 50c in Boomerang Bucks loyalty dollars (you must be a Boomerang Books Account Holder - it's free to sign up and there are great benefits!)

5 stars Dear Child is the third novel by best-selling German author, Romy Hausmann. It’s a hit-and-run car accident that brings unconscious Lena and her daughter, Hannah, to the hospital emergency department in Cham. As Lena is treated, Sister Ruth talks to Hannah. What she learns from this poised, controlled young girl sets off alarm bells: within a short time, a late-night call is made to parents in Munich.

Matthias Beck and his wife, Karin immediately set out for Cham, near the Czech border: even waiting until morning is too long to find out if the woman is their daughter, their Lena, missing for almost fourteen years. Police are searching for an isolated cabin in the woods, and a boy called Jonathan: Hannah’s brother. Will Matthias and Karin finally have an answer?

There are three narrative strands: Matthias gives the perspective of the heart-broken father who has never stopped searching; Jasmin’s is a second-person narrative addressed to Lena and details some of her ordeal; Hannah’s words, with dictionary definitions, encyclopaedic facts, rules and schedules, but also glimpses of violence, succinctly illustrates the conditions under which Lena and her children lived in the cabin in the woods.

Of course, it quickly becomes apparent that Hannah is an unreliable narrator, including what are clearly fantasies, and not revealing all she knows. Some of what she says will leave the reader gasping. Nor can Matthias be completely relied upon, while Jasmin’s mental state after her escape also affects her perceptions.

What a brilliantly-plotted, twisty tale Hausmann gives the reader! There are plenty of red herrings keep the reader guessing until the final chapters, and even after the dramatic denouement, there are more surprises in store. Hausmann describes the power of the media to colour the public perception of an incident by questioning the virtue of the victim, and also demonstrates how powerlessness can drastically influence the choices one makes. A gripping and thought-provoking read. This unbiased review is from an uncorrected proof copy provided by NetGalley and Quercus


A Preview for this title is currently not available.
More Books By Romy Hausmann
View All