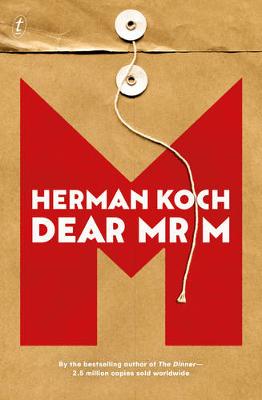 A hair-raising new tour de force from Herman Koch, New York Times bestselling author of The Dinner and Summer House with Swimming Pool.
Once a celebrated writer, M's greatest success came with a suspense novel based on a real-life, unsolved disappearance. It told the story of a history teacher who went missing one winter after his brief affair with a stunning pupil. Upon publication, M's novel was a bestseller, one that marked his international breakthrough.

That was years ago, and now M's career is almost over as he fades increasingly into obscurity. But not when it comes to his bizarre, seemingly timid neighbour who keeps a close eye on him. Why?

From various perspectives, Herman Koch tells the dark tale of a writer in decline, a teenage couple in love, a missing teacher, and a single book that entwines all of their fates. Thanks to M's novel, supposedly a work of fiction, everyone seems to be linked forever, until something unexpected spins the 'story' off its rails.

With racing tension, sardonic wit, and a world-renowned sharp eye for human failings, Herman Koch once again spares nothing and no one in his gripping new novel, a barbed thriller suspending readers in the mysterious literary grey space between fact and fiction. 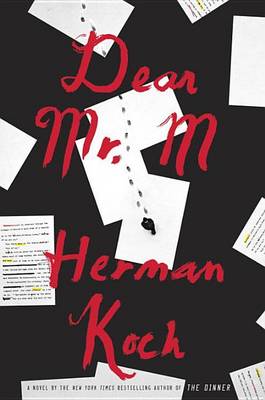 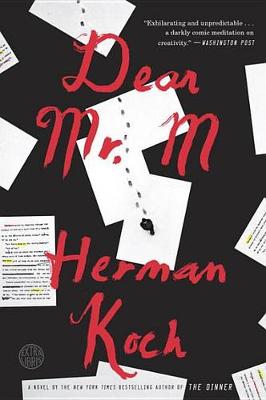 » Have you read this book? We'd like to know what you think about it - write a review about Dear Mr M book by Herman Koch and you'll earn 50c in Boomerang Bucks loyalty dollars (you must be a Boomerang Books Account Holder - it's free to sign up and there are great benefits!)

“It’s not something that can simply be turned on and off, this constant observing of superabundant detail; he is a writer, he tells himself, but the vacuuming up of details is purely obsessive. Often, after a day in the city, or a meal in a crowded restaurant, he comes home exhausted by all those faces and their irregularities.”

Dear Mr M is the eighth novel by Dutch actor, television and radio producer, newspaper columnist and author, Herman Koch, and the third to be translated into English. “Dear Mr M” is the salutation that begins a long letter to the ageing and formerly best-selling author who has moved into a flat in Amsterdam, from the younger man who lives in the flat below. Mr M’s bestseller was a thriller about a high school history teacher who was murdered by two of his students after having an affair with one of them. It was based on actual events that occurred at Terhofstede in late December some forty years previous.

In real life, police never recovered the teacher’s body, the teenagers protested their innocence, and much of actually happened was unknown. M did what authors do best, and filled in the gaps with his imagination. But it seems the man writing to M knows the story much more intimately: wouldn’t M like to know what really happened?

The story is split between the present day and that eventful year forty years ago The first person narrative by Mr M’s downstairs neighbour is supplemented by third person narratives from the perspective of Mr M, his young wife, one of the students involved and the teacher. Koch’s characters are multi-faceted: few are quite what they first appear to be, none is entirely blameless and all possess some very human flaws.

Koch gives the reader highly original plot with plenty of twists, back-flips, red herrings and a conclusion that will leave the reader gasping; he manages to include a fist fight, book signings, a bit of stalking, and the making of home movies. There is quite a bit of satire, some irony and plenty of humour, some of which is rather black, some tongue-in-cheek, starting with the disclaimer: "Anyone who thinks he recognises himself or others in one or more characters in this book is probably right. Amsterdam is a real city in the Netherlands"

This novel is cleverly crafted to keep the reader constantly wondering about the truth; this keeps the pages turning as the facts about what happened at Terhofstede, and what led up to it, are gradually revealed. Koch’s commentary on authors, both best-selling and mediocre, on publishers, on librarians, on interviews and author events, is accorded authenticity from his obvious personal experience. Flawlessly translated from the original Dutch by Sam Garrett, this novel is Koch’s best yet. A brilliant read! 5 stars