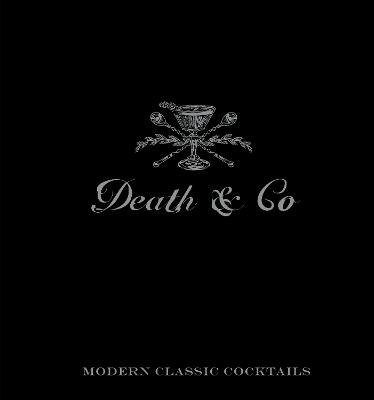 The definitive guide to the contemporary craft cocktail movement, from one of the highest-profile, most critically lauded, and influential bars in the world.

The definitive guide to the contemporary craft cocktail movement, from one of the highest-profile, most critically lauded, and influential bars in the world.

Death & Co is the most important, influential, and oft-imitated barto emerge from the contemporary craft cocktail movement. Since its opening in 2006, Death &Co has been a must-visit destination for serious drinkers and cocktail enthusiasts, andthe winner of every major industry award-including America's Best Cocktail Bar and Best Cocktail Menu at the Tales of the Cocktail convention. Boasting a supremelytalented and creative bar staff-the best in the industry-Death & Co is also the birthplace of some of the modern era's most iconic drinks, such as the OaxacaOld-Fashioned, Naked and Famous, and the Conference.

Destined to become a definitive reference on craft cocktails,Death & Cofeaturesmore than 500 of the bar's most innovative and sought-after cocktails. But morethan just a collection of recipes,Death & Cois also a complete cocktail education, with information on the theory and philosophy of drink making, a complete guideto buying and using spirits, and step-by-step instructions for mastering key bartendingtechniques. Filled with beautiful, evocative photography; illustrative charts and infographics; and colorful essays about the characters who fill the bar each night;Death & Co-like its namesake bar-is bold, elegant, and setting the pace for mixologists around the world.

» Have you read this book? We'd like to know what you think about it - write a review about Death & Co book by David Kaplan and you'll earn 50c in Boomerang Bucks loyalty dollars (you must be a Boomerang Books Account Holder - it's free to sign up and there are great benefits!)

DAVID KAPLAN is the founder and owner of Death & Co, as well as the co-owner of Proprietors LLC, a full-service hospitality company. NICK FAUCHALD is a Brooklyn-based writer, editor, and publisher of print and digital products. He's been an editor at Food & Wine, Wine Spectator,and Every Day with Rachael Ray magazines. From 2008 to 2011, he was the editor-in-chief of Tasting Table. ALEX DAY is a former Death & Co bartender and the co-owner of Proprietors LLC.

A Preview for this title is currently not available.
More Books By David Kaplan
View All