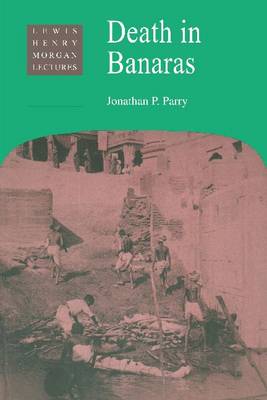 As a place to die, to dispose of the physical remains of the deceased and to perform the rites which ensure that the departed attains a 'good state' after death, the north Indian city of Banaras attracts pilgrims and mourners from all over the Hindu world. This book is primarily about the priests and other kinds of 'sacred specialists' who serve them: about the way in which they organise their business, and about their representations of death and understanding of the rituals over which they preside. All three levels are informed by a common ideological preoccupation with controlling chaos and contingency. The anthropologist who writes about death inevitably writes about the world of the living, and Dr Parry is centrally concerned with concepts of the body and the person in contemporary Hinduism; with ideas about hierarchy, renunciation and sacrifice, and with the relationship between hierarchy and notions of complementarity and holism.

» Have you read this book? We'd like to know what you think about it - write a review about Death in Banaras book by Jonathan P. Parry and you'll earn 50c in Boomerang Bucks loyalty dollars (you must be a Boomerang Books Account Holder - it's free to sign up and there are great benefits!)


A Preview for this title is currently not available.
More Books By Jonathan P. Parry
View All