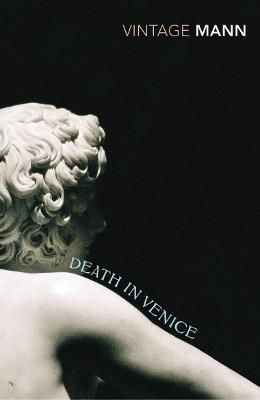 Death in Venice and Other Stories

Description - Death in Venice and Other Stories by Thomas Mann

TRANSLATED AND INTRODUCED BY DAVID LUKE

Death in Venice is a story of obsession. Gustave von Aschenbach is a successful but ageing writer who travels to Venice for a holiday. One day, at dinner, Aschenbach notices an exceptionally beautiful young boy who is staying with his family in the same hotel. Soon his days begin to revolve around seeing this boy and he is too distracted to pay attention to the ominous rumours that have begun to circulate about disease spreading through the city.

Other Editions - Death in Venice and Other Stories by Thomas Mann 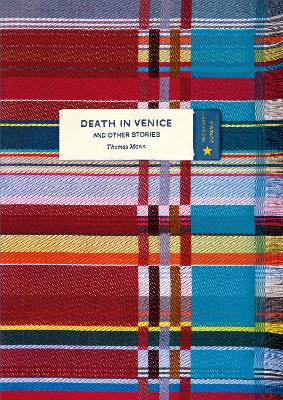 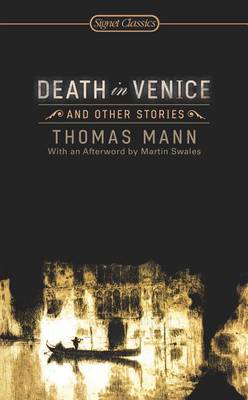 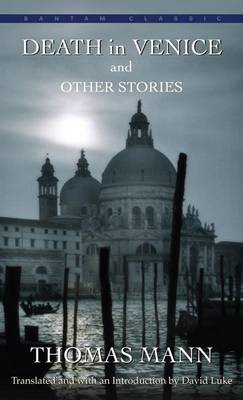 Book Reviews - Death in Venice and Other Stories by Thomas Mann

» Have you read this book? We'd like to know what you think about it - write a review about Death in Venice and Other Stories book by Thomas Mann and you'll earn 50c in Boomerang Bucks loyalty dollars (you must be a Boomerang Books Account Holder - it's free to sign up and there are great benefits!)

Thomas Mann was born in 1875 in Lubeck, of a line of prosperous and influential merchants. Mann was educated under the discipline of North German schoolmasters before working for an insurance office aged nineteen. During this time he secretly wrote his first tale, Fallen, and shortly afterwards he left the insurance office to study art and literature at the University of Munich. After a year in Rome he devoted himself exclusively to writing. He was only twenty-five when Buddenbrooks, his first major novel, was published. Before it was banned and burned by Hitler, it had sold over a million copies in Germany alone. His second great novel, The Magic Mountain, was published in 1924 and the first volume of his tetralogy Joseph and his Brothers in 1933. In 1929 he was awarded the Nobel Prize for Literature. In 1933 Thomas Mann left Germany to live in Switzerland. Then, after several previous visits, in 1938 he settled in the United States where he wrote Doctor Faustus and The Holy Sinner. Among the honours he recieved in the USA was his appointment as a Fellow of the Library of Congress. He revisited his native country in 1949 and

The Oxford Guide to Library Research: How to Find Reliable Information Online and Offline
$61.05 $67.83