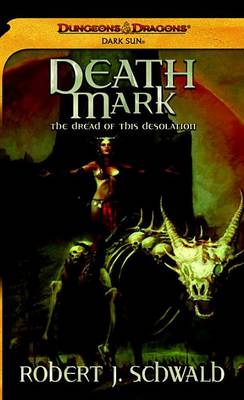 In the aftermath of revolution, King Kalak of Tyr is dead and all eyes fall on the lucrative iron mines of his once mighty city-state. Merchant houses scramble to seize what scraps they can while King Hamanu of Urik, the Lion of the Desert, rallies his armies to crush the Tyr rebellion underfoot. He cannot allow this insurrection to succeed and intends to seize the city's precious resources for himself. The hope of the Tyr revolution seems destined to fail as the tyrannical specter of Hamanu's war machine looms large on the horizon. ut fate chooses the most unlikely heroes. Loren, a gladiator pressed into service by a corrupt merchant prince; the ambitious Alaeda Stel who hopes to secure her family's future by exploiting Tyr's sudden weakness; a street thief named Melech; and Korvak the disgraced templar are Tyr's best and only hope. The promise of freedom rests on their ability to overcome the greed and lust for power that threatens to undermine the principles of Tyr's revolution.

» Have you read this book? We'd like to know what you think about it - write a review about Death Mark book by Robert J. Schwalb and you'll earn 50c in Boomerang Bucks loyalty dollars (you must be a Boomerang Books Account Holder - it's free to sign up and there are great benefits!)

Robert J. Schwalb, a writer and award-winning game designer best known for his work on Dungeons & Dragons (R), got his start in 2002 and has never looked back. He has designed or developed almost two hundred gaming books in both print and digital formats for Wizards of the Coast, Green Ronin Publishing, Black Industries, Fantasy Flight Games, and several other companies. Some of his best-known books include the Dark Sun Campaign Setting, Player's Handbook 3, A Song of Ice and Fire Roleplaying, Grimm, and Tome of Corruption.

A Preview for this title is currently not available.
More Books By Robert J. Schwalb
View All