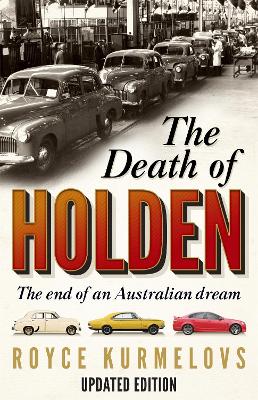 The Death of Holden

The End of an Australian Dream

Description - The Death of Holden by Royce Kurmelovs

An extraordinary account of the impending closure of the Holden factory in Adelaide. More than the end of a business - it's the end of an era, of a story, and of a great Australian dream.When Holden signalled that it would close its Adelaide factory, it struck at the very heart of Australian identity. Holden is our car made on our shores. It's the choice of patriotic rev heads and suburban drivers alike. How could a car that was so beloved - and so popular - be so unprofitable to make?The story of the collapse of Holden is about the people who make and drive the cars; it's about sustaining industry in Australia; it's about communities of workers and what happens when the work dries up. And if it's not quite about the death of an icon - because Holdens will remain on Australian roads for a long time to come - then it's about what happens when an icon falls to its knees in front of a whole nation.This updated edition features a new chapter.'Brilliant and powerful' Nick Xenophon

Other Editions - The Death of Holden by Royce Kurmelovs 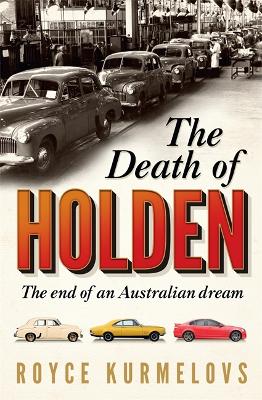 Book Reviews - The Death of Holden by Royce Kurmelovs

» Have you read this book? We'd like to know what you think about it - write a review about Death of Holden book by Royce Kurmelovs and you'll earn 50c in Boomerang Bucks loyalty dollars (you must be a Boomerang Books Account Holder - it's free to sign up and there are great benefits!)