The Death of Ivan Ilych and Other Stories

Leo Tolstoy combined detailed physical description with perceptive psychological insight to sweep aside the sham of surface appearances and lay bare man's intimate gestures, acts, and thoughts. Murder and sacrifice...greed and devotion...lust and affection...vanity and love--one by one, in this volume of great stories, Tolstoy dissects the basic drives, emotions, and motives of ordinary people searching for self-knowledge and spiritual perfection. Chekhov said, "Of authors my favorite is Tolstoy." And Turgenev "marveled at the strength of his huge talent...It sends a cold shudder even down my back...He is a master, a master."

Now with a new introduction by Regina Marler and an afterword by Hugh McLean.

Buy The Death of Ivan Ilych and Other Stories by Leo Tolstoy from Australia's Online Independent Bookstore, Boomerang Books. 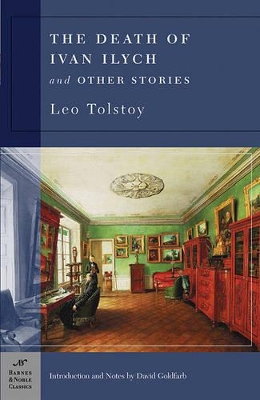 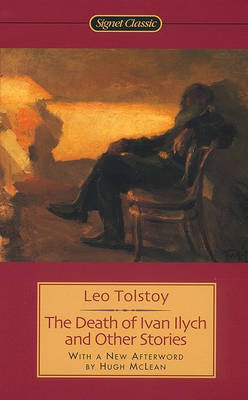 » Have you read this book? We'd like to know what you think about it - write a review about Death of Ivan Ilych and Other Stories book by Leo Tolstoy and you'll earn 50c in Boomerang Bucks loyalty dollars (you must be a Boomerang Books Account Holder - it's free to sign up and there are great benefits!)

Count Leo Tolstoy was born on September 9, 1828, in Yasnaya Polyana, Russia. Orphaned at nine, he was brought up by an elderly aunt and educated by French tutors until he matriculated at Kazan University in 1844. In 1847, he gave up his studies and, after several aimless years, volunteered for military duty in the army, serving as a junior officer in the Crimean War before retiring in 1857. In 1862, Tolstoy married Sophie Behrs, a marriage that was to become, for him, bitterly unhappy. His diary, started in 1847, was used for self-study and self-criticism; it served as the source from which he drew much of the material that appeared not only in his great novels War and Peace (1869) and Anna Karenina (1877), but also in his shorter works. Seeking religious justification for his life, Tolstoy evolved a new Christianity based upon his own interpretation of the Gospels. Yasnaya Polyana became a mecca for his many converts At the age of eighty-two, while away from home, the writer suffered a break down in his health in Astapovo, Riazan, and he died there on November 20, 1910. Hugh McLean has published widely on Russian literature. Regina Marler is the author of Bloomsbury Pie: The Making of the Bloomsbury Boom and editor of Selected Letters of Vanessa Bell. She also writes for the New York Times Book Review and the Los Angeles Times. Marler lives in San Francisco.