The Death Of Ivan Ilych

Description - The Death Of Ivan Ilych by Leo Tolstoy

Written eight years after the publication of Anna Karenina-a time during which, despite the global success of his novels, Leo Tolstoy renounced fiction in favor of religious and philosophical tracts-THE DEATH OF IVAN ILYCH represents perhaps the most keenly realized melding of Tolstoy's spirituality with his artistic skills.Here in a vibrant new translation, the tale of a judge who slowly comes to understand that his illness is fatal was inspired by Tolstoy's observation at his local train station of hundreds of shackled prisoners being sent off to Siberia, many for petty crimes. When he learned that the sentencing judge had died, Tolstoy was roused to consider the judge's thoughts during his final days-a study on the acceptance of mortality only deepened by the death, during its writing, of one of Tolstoy's own young children.The final result is a magisterial story, both chilling and beguiling in the fullness of its empathy, its quotidian detail, and the beauty of its prose, and is, as many have claimed it to be, one of the most moving novellas ever written.

Other Editions - The Death Of Ivan Ilych by Leo Tolstoy 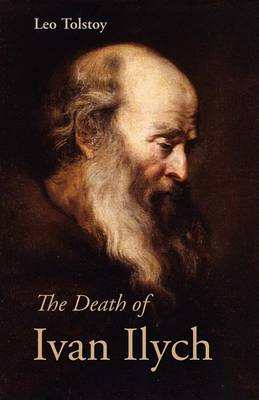 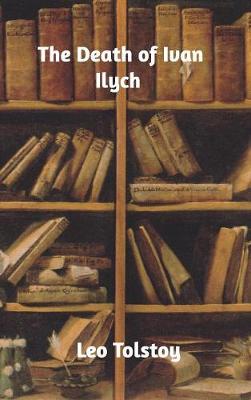 Book Reviews - The Death Of Ivan Ilych by Leo Tolstoy

» Have you read this book? We'd like to know what you think about it - write a review about Death Of Ivan Ilych book by Leo Tolstoy and you'll earn 50c in Boomerang Bucks loyalty dollars (you must be a Boomerang Books Account Holder - it's free to sign up and there are great benefits!)

Count Leo Nikolaevich Tolstoy displayed an extraordinary duality of character in a life filled with deep contradictions. He was born to an artistocratic Russian family on Sept. 9, 1828. His parents died when he was young, and he was raised by several female relatives. In 1844 he entered the University of Kazan, remaining there only three years. At the age of 23, Tolstoy joined the Russian Army and fought in the Crimean War. While still in the service, his first published story appeared, a largely autobiographical work called CHILDHOOD (1852). Tolstoy returned to his estate in 1861 and and established a school for peasant children there. In 1862, he married Sofia Behrs and gradually abandoned his involvement with the school. The next fifteen years he devoted to managing the estate, raising his and Sofia's large family, and writing his two major works, WAR AND PEACE (1865-67) and ANNA KARENINA (1875-77). During the latter part of this fifteen-year period, Tolstoy found himself growing increasingly disenchanted with the teachings of the Russian Orthodox Church. In the ensuing years, Tolstoy formulated for himself a new Christian ideal, the central creed of which involved nonresistanc