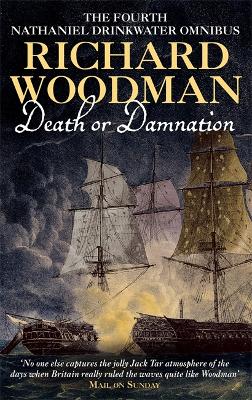 UNDER FALSE COLOURS - Captain Drinkwater, accustomed to commanding one of His Britannic Majesty's ships of war, now finds himself as a lowly shipmaster of the Merchant Marine. The disguise may not be flattering but the mission, conceived by the Admiralty's Secret Department, is vital: to drive a wedge between two of the most powerful men on earth, the Tsar of Russia and the Emperor of France...THE FLYING SQUADRON: 1811 - Napoleon's French Empire dominates Europe from Moscow to Madrid, and as the United States emerges as a naval power to be reckoned with, the scene is set for a clash of interest.BENEATH THE AURORA: 1813 - As the Grand Army of Napoleon faces defeat on the battlefields of Germany, Captain Nathaniel Drinkwater succeeds Lord Dungarth as head of the Royal Navy's Secret Department. Before long he is caught up in a vast intrigue which leads him into the most desperate mission of his career among the forbidding fiords of Norway.

» Have you read this book? We'd like to know what you think about it - write a review about Death Or Damnation: Nathaniel Drinkwater Omnibus 4 book by Richard Woodman and you'll earn 50c in Boomerang Bucks loyalty dollars (you must be a Boomerang Books Account Holder - it's free to sign up and there are great benefits!)

Richard Woodman was born in London in 1944. He became an indentured midshipman in cargo liners at 16 and has sailed in a variety of ships, serving from apprentice to captain. He remains a professional sailor and in 1978 won the Marine Society's Harmer Award.

A Preview for this title is currently not available.
More Books By Richard Woodman
View All