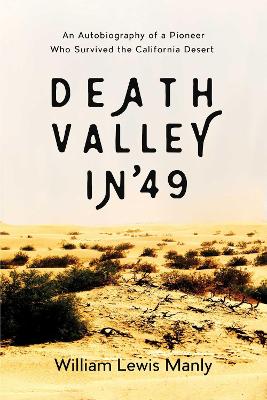 An Autobiography of a Pioneer Who Survived the California Desert

A survivor's true account of death, despair, and heroism in Death Valley in the heat of the California Gold Rush.

At the height of the California gold rush in 1849, a wagon train of men, women, children, and their animals stumbled into a 130-mile-long valley in the Mojave Desert while they were looking for a shortcut to the California coast. What ensued was an ordeal that divided the camp into remnants and struck them with hunger, thirst, and a terrible sense of being lost beyond hope-until a twenty-nine-year-old hero volunteered to cross the desert to get help.

This young hero, William Lewis Manly, was one of the survivors of the tragedy, and he lived to tell the tale forty-five years later in this gripping autobiography, first published in 1894. In a time of unmarked frontiers and wilderness, Manly lived the true life of a pioneer. After being hit by gold rush fever Manly joined the fateful wagon train that would get swallowed up by the barren, arid, hostile valley with its dry and waterless terrain, unearthly surface of white salts, and overwhelming heat. Assaulted and devastated by the elements, members of the camp killed their emaciated oxen for food, ran out of water, split up, and lost and buried their own kind who perished. When Manly's remaining band of ten came across a rare water hole, he and a companion, John Rogers, left the rest by the water and crossed the treacherous Panamint Mountains and Mojave Desert by themselves in search for rescue. In a true act of heroism against all odds, the two finally returned twenty-five days later with help, rescuing their compatriots, including four children, even when it seemed all hope was lost.

Told at the end of the nineteenth century, Manly's compelling and stirring account brings alive to modern-day readers the unimaginable hardships of America's brave pioneers, and a chapter in Californian history that should not be forgotten.

Other Editions - Death Valley in '49 by William Lewis Manly 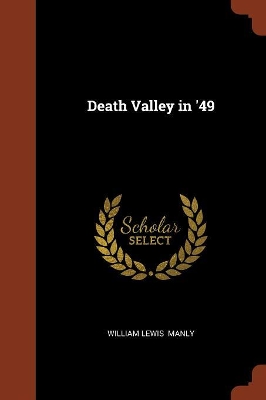 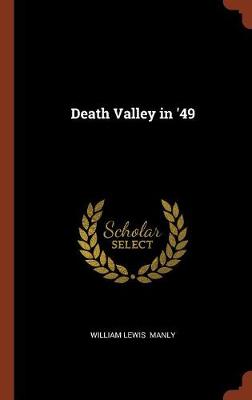 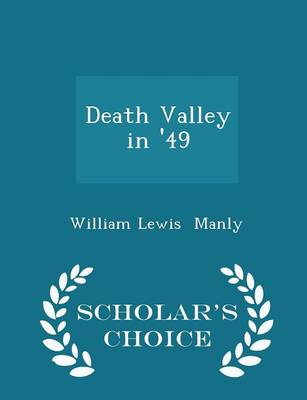 » Have you read this book? We'd like to know what you think about it - write a review about Death Valley in '49 book by William Lewis Manly and you'll earn 50c in Boomerang Bucks loyalty dollars (you must be a Boomerang Books Account Holder - it's free to sign up and there are great benefits!)

William Lewis Manly (1820--1903) was a miner, rancher, merchant, farmer, and above all pioneer and adventurer who lived through the gold rush and the opening of the American West. He lived in Los Angeles, California.

A Preview for this title is currently not available.
More Books By William Lewis Manly
View All