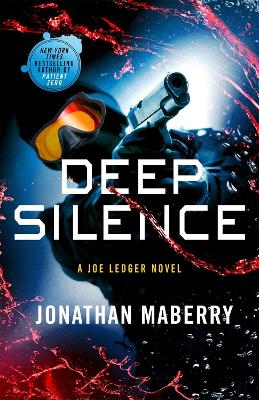 Terrorists-for-hire have created a weapon that can induce earthquakes and cause dormant volcanoes to erupt. One terrifying side-effect of the weapon is that prior to the devastation, the vibrations drive ordinary people to suicide and violence. A wave of madness begins sweeping the country beginning with a mass shooting in Congress. Joe Ledger and his team go on a wild hunt to stop the terrorists and uncover the global super-power secretly funding them. At every step the stakes increase as it becomes clear that the end-game of this campaign of terror is igniting the Yellowstone caldera, the super-volcano that could destroy America.

DEEP SILENCE pits Joe Ledger against terrorists with bleeding-edge science weapons, an international conspiracy, ancient technologies from Atlantis and Lemuria, and an escalating threat that could crack open the entire Earth.

» Have you read this book? We'd like to know what you think about it - write a review about Deep Silence: A Joe Ledger Novel book by Jonathan Maberry and you'll earn 50c in Boomerang Bucks loyalty dollars (you must be a Boomerang Books Account Holder - it's free to sign up and there are great benefits!)


A Preview for this title is currently not available.
More Books By Jonathan Maberry
View All