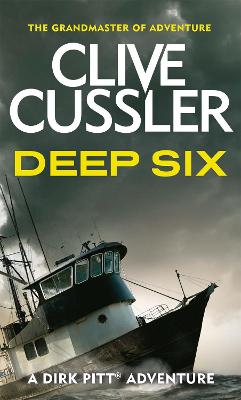 For the President of the United States, the crisis point is approaching fast. With his new Soviet initiative entering its most crucial phase, the President suddenly finds himself faced with a pollution disaster of potentially cataclysmic proportions. And then - incredibly - he vanishes into thin air, leaving his country poised on the brink of chaos.It's left to troubleshooter extraordinaire Dirk Pitt to hotwire the connections between these two shattering events. From the icy Alaskan waters to a Korean shipbreaker's yard; from a Caribbean shipwreck to a blazing inferno in the Mississippi Delta, he tracks down a conspiracy so fiendish and sophisticated that even the superpowers are helpless in its grip. 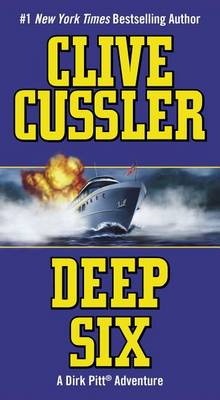 » Have you read this book? We'd like to know what you think about it - write a review about Deep Six book by Clive Cussler and you'll earn 50c in Boomerang Bucks loyalty dollars (you must be a Boomerang Books Account Holder - it's free to sign up and there are great benefits!)

Clive Cussler grew up in Alhambra, California. He later attended Pasadena City College for two years, but then enlisted in the Air Force during the Korean War where he served as an aircraft mechanic and flight engineer in the Military Air Transport Service. Upon his discharge, he became a copywriter and later creative director for two leading ad agencies. At that time, he wrote and produced radio and television commercials that won numerous international awards one at the prestigious Cannes Film Festival. He began writing in 1965 and published his first novel featuring Dirk Pitt (R) in 1973. Clive is the founder of the National Underwater & Marine Agency, (NUMA) a non-profit organisation that dedicates itself to American maritime and naval history, and a fellow in both the Explorers Club of New York and the Royal Geographic Society in London. He also collects classic automobiles. Clive divides his time between the mountains of Colorado and the deserts of Arizona.