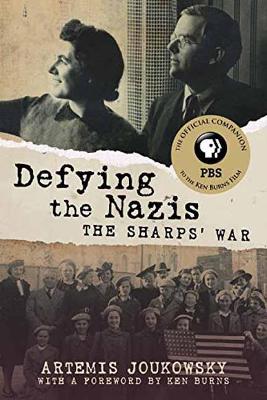 The little-known story of the Sharps whose rescue and relief missions across Europe during World War II saved the lives of countless Jews, refugees, and political dissidents. Official companion to the Ken Burns PBS film.

For readers captivated by the story of Antonina Zabinski as told in The Zookeeper's Wife and other stories of rescue missions during WWII, Defying the Nazis is an essential read.

In 1939, the Reverend Waitstill Sharp, a young Unitarian minister, and his wife, Martha, a social worker, accepted a mission from the American Unitarian Association- they were to leave their home and young children in Wellesley, Massachusetts, and travel to Prague, Czechoslovakia, to help address the mounting refugee crisis. Seventeen ministers had been asked to undertake this mission and had declined; Rev. Sharp was the first to accept the call for volunteers in Europe.

Armed with only $40,000, Waitstill and Martha quickly learned the art of spy craft and undertook dangerous rescue and relief missions across war-torn Europe, saving refugees, political dissidents, and Jews on the eve of World War II. After narrowly avoiding the Gestapo themselves, the Sharps returned to Europe in 1940 as representatives of the newly formed Unitarian Service Committee and continued their relief efforts in Vichy France.

A fascinating portrait of resistance as told through the story of one courageous couple, Defying the Nazis offers a rare glimpse at high-stakes international relief efforts during WWII and tells the remarkable true story of a couple whose faith and commitment to social justice inspired them to risk their lives to save countless others.

Other Editions - Defying the Nazis by Artemis Joukowsky 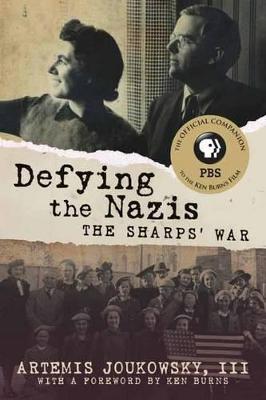 » Have you read this book? We'd like to know what you think about it - write a review about Defying the Nazis book by Artemis Joukowsky and you'll earn 50c in Boomerang Bucks loyalty dollars (you must be a Boomerang Books Account Holder - it's free to sign up and there are great benefits!)

Artemis Joukowsky is an author, filmmaker, and socially conscious venture capitalist. He is the grandson of Waitstill and Martha Sharp and has spent decades researching his grandparents' heroic rescue missions in Europe. He is also codirector, with Ken Burns, of the companion PBS documentary film Defying the Nazis: The Sharps' War.

A Preview for this title is currently not available.
More Books By Artemis Joukowsky
View All