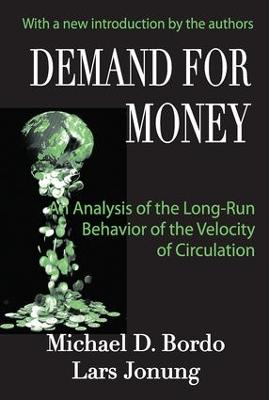 The income velocity of money-an inverse measure of the demand for money balances-is the ratio of the money value of income to the average money stock that the public (excluding banks) holds in a given period. Why the magnitude of that ratio has changed over time is the subject of Michael D. Bordo and Lars Jonung's classic study, originally published as The Long-Run Behavior of the Velocity of Circulation. Supported by statistical data, econometric estimation techniques, and meticulous historical analysis, this work describes, in an international setting, how slow-moving economic, social, and political forces interact with the decisions households and firms make about how much money to hold.

Annual time series of velocity for several countries from the late nineteenth century to the late twentieth century display a U-shaped pattern. Existing theories can explain each section of the velocity curve-the falling, flat, and rising parts-but the overall pattern is not consistent with any one theory. Here the authors put forth a comprehensive explanation for this behavior over time. Their theory is largely an extension of the approach of Knut Wicksell, the Swedish economist who stressed the role of substitution between monetary assets. This approach, which emphasizes institutional variables, is incorporated into the arguments for the traditional long-run money demand (velocity) function. Four types of empirical evidence strongly support the authors' theory: econometric studies of the long-run velocity function for several countries; a cross section study of approximately eighty countries in the postwar period; a case study of the Swedish monetization process in the fifty years before World War I; and an examination of the time series properties of velocity.

Demand for Money suggests that institutional factors, as opposed to real income, play a greater role in velocity than previously thought. And these institutional factors have a major impact on monetary policy. This is a book that will prove of great value to economists, monetary strategists, and policymakers.

Other Editions - Demand for Money by Lars Jonung 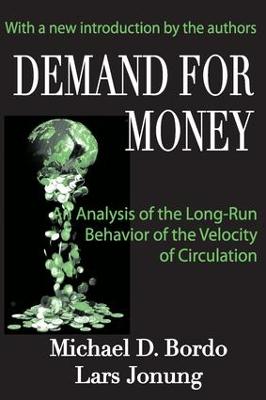 » Have you read this book? We'd like to know what you think about it - write a review about Demand for Money book by Lars Jonung and you'll earn 50c in Boomerang Bucks loyalty dollars (you must be a Boomerang Books Account Holder - it's free to sign up and there are great benefits!)


A Preview for this title is currently not available.
More Books By Lars Jonung
View All