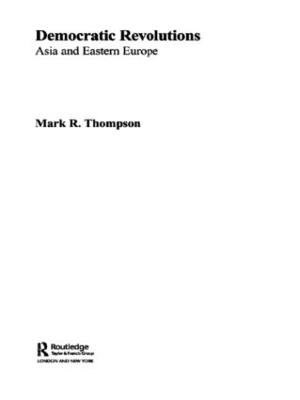 Despite enormous differences between Asia and Eastern Europe, there are striking similarities between the peaceful, spontaneous, urban-based and cross-class democratic uprisings against unyielding dictatorships that have occurred in the two regions. The book explores the kind of non-democratic regimes that are particularly vulnerable to democratic revolutions. It examines why and how democrats rebel and what the results of democratic revolutions have been. Questions posed in this book include:

* Why were communist rulers shot in China but not in Eastern Europe?
* Why did stolen elections lead to the overthrow of Miloevic in Serbia?
* Why have there been so many women leading democratic revolutions in Asia?

This book attempts to democratize theories of revolution and revolutionize democratic transitions. Cases and comparisons are drawn from 15 democratic revolutions over the last two decades and the book includes in-depth studies of East Germany, China, Serbia and the Philippines. 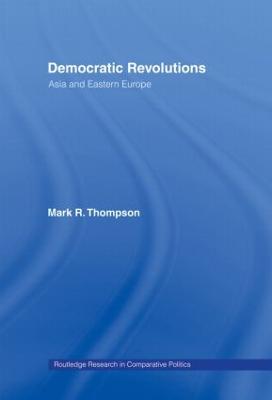 » Have you read this book? We'd like to know what you think about it - write a review about Democratic Revolutions book by Mark K. Thompson and you'll earn 50c in Boomerang Bucks loyalty dollars (you must be a Boomerang Books Account Holder - it's free to sign up and there are great benefits!)

Mark R. Thompson is Professor of Political Science at the University of Erlangen-Nuremberg, Germany. He is also the author of The Anti-Marcos Struggle.

A Preview for this title is currently not available.
More Books By Mark K. Thompson
View All