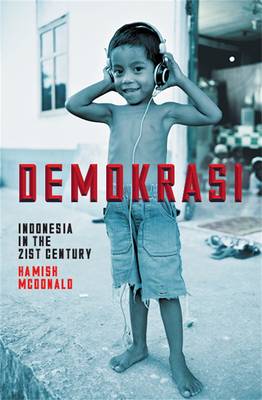 Demokrasi: Indonesia In The 21St Century

Description - Demokrasi: Indonesia In The 21St Century by Hamish McDonald

Indonesia, a nation of thousands of islands and almost 250 million people, straddles the junction of the Pacific and Indian oceans. The world's biggest Muslim nation has long been one of Australia's important strategic partners, and the relationship has become closer - if occasionally fraught - under President Susilo Bambang Yudhoyono. As the country approaches its 2014 presidential elections, its future direction is open.
Award-winning journalist Hamish McDonald, an Indonesia expert who authored one of the classic texts on the country, Suharto's Indonesia, returns to the nation he loves, both to tell the story of its past and to consider the possibilities of its future.
Now rapidly modernising, Indonesia is, like China before it, becoming a major player on the global stage. It is a force in the world - but for what? How much do we really know about its history, its politics, its cultures and its peoples? Demokrasi- Indonesia in the 21st Century is an accessible and authoritative introduction ot this fascinating young nation.

Other Editions - Demokrasi: Indonesia In The 21St Century by Hamish McDonald 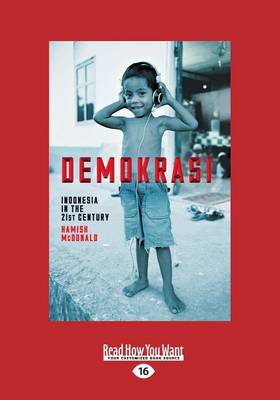 » Have you read this book? We'd like to know what you think about it - write a review about Demokrasi: Indonesia In The 21St Century book by Hamish McDonald and you'll earn 50c in Boomerang Bucks loyalty dollars (you must be a Boomerang Books Account Holder - it's free to sign up and there are great benefits!)

A Preview for this title is currently not available.
More Books By Hamish McDonald
View All