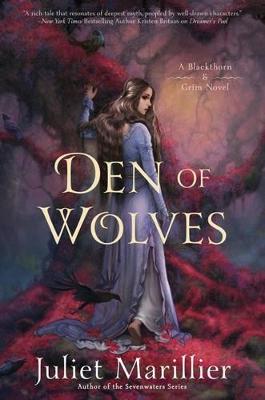 The third and final book in the Sara Douglass Book Award winning Blackthorn and Grim series.

Healer Blackthorn knows all too well the rules of her bond to the fey: seek no vengeance, help any who ask, do only good. But after the most recent ordeal she and Grim have suffered, she knows she cannot let go of her quest to bring justice to the man who ruined her life.

Despite her own struggles, Blackthorn agrees to help the princess of Dalriada to care for a troubled young girl who has been brought to court, while Grim travels to the girl's home at Wolf Glen to aid her wealthy father with a strange task, repairing a broken down house deep in the woods. It doesn't take Grim long to realize that everything in Wolf Glen is not as it seems, the place is full of perilous secrets and deadly lies.

Back at Winterfalls, the evil touch of Blackthorn's sworn enemy reopens old wounds and fuels her long simmering desire for retribution. With danger on two fronts, Blackthorn and Grim are faced with a heartbreaking choice, to stand once again by each other's side or to fight their battles alone.

Back at Winterfalls, the evil touch of Blackthorn's sworn enemy reopens old wounds and fuels her long simmering desire for retribution. With danger on two fronts, Blackthorn and Grim are faced with a heartbreaking choice, to stand once again by each other's side or to fight their battles alone.

PRAISE FOR JULIET MARILLIER AND THE BLACKTHORN AND GRIM SERIES

"Marillier enthrallingly spins out her graceful and mesmerizing tribute to heroes anywhere and anywhen. This immersive fantasy tale can be savored even by those unaware that Marillier's stated goal for the series is to explore PTSD and strategies for coping with its effects, which she admirably achieves." Publishers Weekly (starred review)

"A rich tale that resonates of deepest myth peopled by well-drawn characters who must sort out their personal demons, while unravelling mysteries both brutally human and magical." Kristen Britain, New York Times bestselling author of the Green Rider series

Other Editions - Den of Wolves by Juliet Marillier 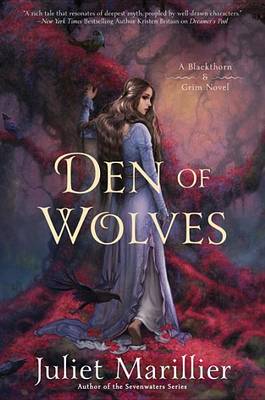 » Have you read this book? We'd like to know what you think about it - write a review about Den of Wolves book by Juliet Marillier and you'll earn 50c in Boomerang Bucks loyalty dollars (you must be a Boomerang Books Account Holder - it's free to sign up and there are great benefits!)

Juliet Marillier was born in Dunedin, New Zealand, a town with strong Scottish roots. She graduated from Otago University with degrees in arts and music, and has had a varied career which included teaching and performing music as well as working in government agencies. Juliet now lives in a hundred-and-ten-year-old cottage near the river in Perth, Western Australia, where she writes fulltime. She is a member of the druid order OBOD. Juliet shares her home with a small pack of waifs and strays. Juliet's historical fantasy novels are published internationally and have won a number of awards.