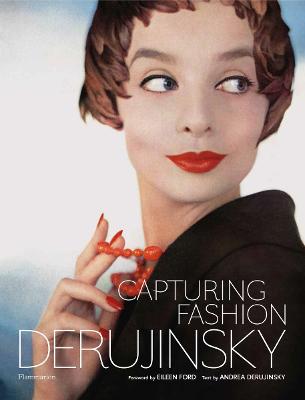 Gleb Derujinsky's career as a fashion photographer took hold in the golden age of European haute couture, when Balenciaga and Pierre Balmain were at the top of their game. Derujinsky convinced his editors Carmel Snow and Diana Vreeland to send him around the world to photograph beautiful models-like Carmen Dell'Orefice and his future wife Ruth Neumann-draped in expensive gowns juxtaposed against rough desert dunes or a glittering ocean horizon at sunset. His ideas were revolutionary and they gave rise to the mystique and glamour that is now pervasive in fashion. Derujinsky was the quintessential Renaissance man-photographer, cinematographer and commercial director, inventor, WWII veteran, world traveler, jewelry designer, musician, ski instructor, race car driver, and champion glider pilot. As a teenager, he became the youngest member of The Camera Club of New York. His photographs appeared in major lifestyle magazines before he began to work primarily for Harper's Bazaar from 1950-70. This is the first monograph to celebrate his major contributions to the history of fashion and photography.

» Have you read this book? We'd like to know what you think about it - write a review about Derujinsky: Capturing Fashion book by Andrea Derujinsky and you'll earn 50c in Boomerang Bucks loyalty dollars (you must be a Boomerang Books Account Holder - it's free to sign up and there are great benefits!)