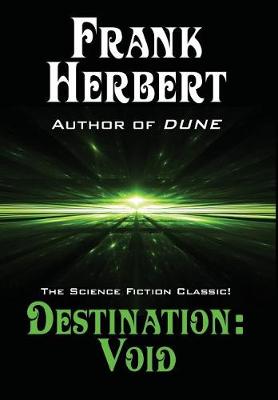 The starship Earthling, filled with thousands of hybernating colonists en route to a new world at Tau Ceti, is stranded beyond the solar system when the ship's three Organic Mental Cores--disembodied human brains that control the vessel's functions--go insane. An emergency skeleton crew sees only one chance for survival: to create an artificial consciousness in the Earthling's primary computer, which could guide them to their destination . . . or could destroy the human race.

This is Frank Herbert's classic novel that begins the epic Pandora Sequence, which also includes The Jesus Incident, The Lazarus Effect, and The Ascension Factor.

Other Editions - Destination by Frank Herbert 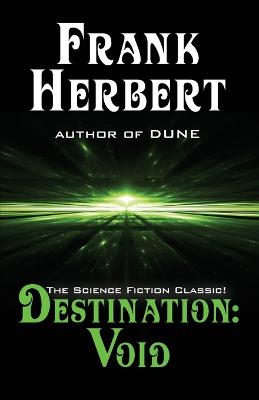 » Have you read this book? We'd like to know what you think about it - write a review about Destination book by Frank Herbert and you'll earn 50c in Boomerang Bucks loyalty dollars (you must be a Boomerang Books Account Holder - it's free to sign up and there are great benefits!)


A Preview for this title is currently not available.
More Books By Frank Herbert
View All