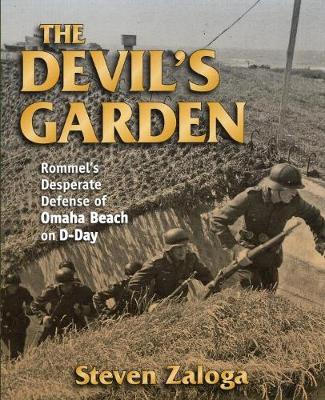 The severe casualties suffered by American forces on Omaha Beach on D-Day, June 6, 1944, have led to the nickname "Bloody Omaha." Why were the casualties so high on Omaha Beach compared to the other four Allied beaches? In his latest book, acclaimed military historian Steven Zaloga attempts to answer that question by focusing on the German side of this important World War II battle. The nature of German defences at Omaha explains much of why casualties were so heavy there -- and those defences can be traced back largely to the efforts of Erwin Rommel, the famed "Desert Fox." In addition to telling the story of Rommel's role in shaping the German defences confronted by the Allies on D-Day, Zaloga also explores neglected aspects of the battle, such as the German patrols tasked with shooting down the carrier pigeons sent from the French Resistance to British intelligence. This book also serves as a visual record of German defences on Omaha Beach, covering the fortifications and weapons placed in this sector. Zaloga's well-supported conclusions are sure to spark debate, and his book is essential reading as D-Day's seventieth anniversary approaches.

» Have you read this book? We'd like to know what you think about it - write a review about Devil's Garden book by Steven J. Zaloga and you'll earn 50c in Boomerang Bucks loyalty dollars (you must be a Boomerang Books Account Holder - it's free to sign up and there are great benefits!)

Steven Zaloga is a world-renowned armour historian and has appeared in documentaries on the History Channel. He has written more than 100 books on armoured vehicles and the U.S. Army and Red Army in World War II. He lives in Abingdon, Maryland.