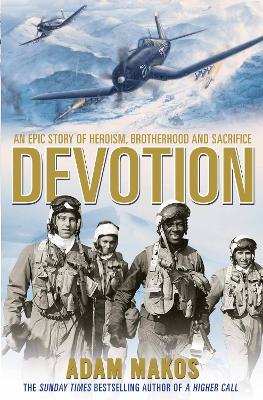 An Epic Story of Heroism, Brotherhood and Sacrifice Main

Devotion is the gripping story of the US Navy's most famous aviator duo - Tom Hudner, a white, blue-blooded New Englander, and Jesse Brown, a black sharecropper's son from Mississippi. Against all odds, Jesse beat back racism to become the Navy's first black aviator. Against all expectations, Tom passed up a free ride at Harvard to fly fighter planes for his country. Barely a year after President Truman ordered the desegregation of the military, the two became wingmen in Fighter Squadron 32 and went on to fight side-by-side in the Korean War.

In the war's climatic battle at the Chosin Reservoir, Tom and Jesse flew headlong into waves of troops in order to defend an entire division of Marines trapped on a frozen lake. Jesse was shot down and pinned in the burning wreckage of his fighter. Tom then faced an unthinkable choice - to see his friend burn to death or to go down in a blaze of glory, flouting the rules to crash-land behind enemy lines and save Jesse - or die trying. The question was crueller than the freezing wind: How far will you go to save a friend?

Other Editions - Devotion by Adam Makos 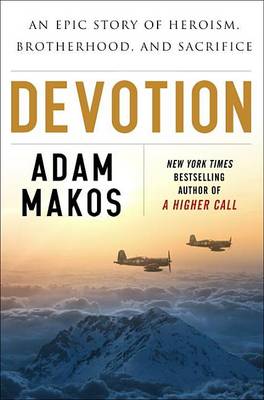 » Have you read this book? We'd like to know what you think about it - write a review about Devotion book by Adam Makos and you'll earn 50c in Boomerang Bucks loyalty dollars (you must be a Boomerang Books Account Holder - it's free to sign up and there are great benefits!)

Adam Makos is a journalist, historian and editor of the military magazine, Valor. Makos has interviewed countless veterans from the Second World War, Korea, Vietnam, and present-day wars. In 2008 Makos travelled to Iraq to accompany the 101st Airborne and Army Special Forces on their hunt for Al Qaeda terrorists. He is the author, with Larry Alexander, of A Higher Call, which was a Sunday Times bestseller.

A Preview for this title is currently not available.
More Books By Adam Makos
View All