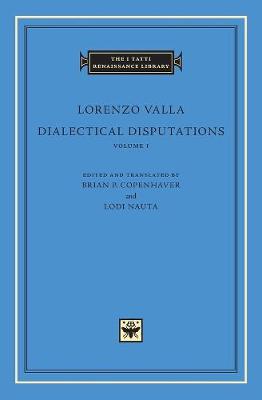 Lorenzo Valla (1407?1457) ranks among the greatest scholars and thinkers of the Renaissance. He secured lasting fame for his brilliant critical skills, most famously in his exposure of the ?Donation of Constantine,? the forged document upon which the papacy based claims to political power. Lesser known in the English-speaking world is Valla's work in the philosophy of language?the basis of his reputation as the greatest philosopher of the humanist movement.

Dialectical Disputations, translated here for the first time into any modern language, is his principal contribution to the philosophy of language and logic. With this savage attack on the scholastic tradition of Aristotelian logic, Valla aimed to supersede it with a new logic based on the actual historical usage of classical Latin and on a commonsense approach to semantics and argument. Valla provides a logic that could be used by lawyers, preachers, statesmen, and others who needed to succeed in public debate?one that was stylistically correct and rhetorically elegant, and thus could dispense with the technical language of the scholastics, a ?tribe of Peripatetics, perverters of natural meanings.? Valla's reformed dialectic became a milestone in the development of humanist logic and contains startling anticipations of modern theories of semantics and language.

Volume 1 contains Book I, in which Valla refutes Aristotle's logical works on the categories, transcendentals, and predicables, with excursions into natural and moral philosophy and theology. 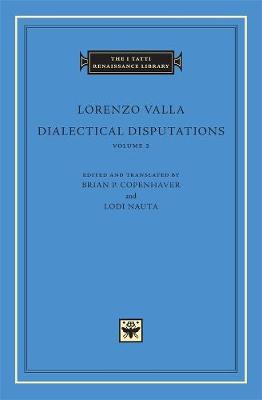 » Have you read this book? We'd like to know what you think about it - write a review about Dialectical Disputations book by Lorenzo Valla and you'll earn 50c in Boomerang Bucks loyalty dollars (you must be a Boomerang Books Account Holder - it's free to sign up and there are great benefits!)

Brian P. Copenhaver is Professor of History and Philosophy and Director of UCLA's Center for Medieval and Renaissance Studies. Lodi Nauta is Professor of the History of Philosophy, University of Groningen, the Netherlands.

A Preview for this title is currently not available.
More Books By Lorenzo Valla
View All

The Treatise of Lorenzo Valla on the Donation of Constantine, Text and Translation Into English
$79.14 $87.93