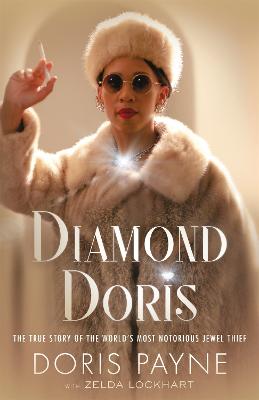 Diamond Doris: The True Story of the World's Most Notorious Jewel Thief

Description - Diamond Doris: The True Story of the World's Most Notorious Jewel Thief by Doris Payne

"Doris Payne is an unapologetic badass." - Tessa Thompson, ActressThis is the sensational and compelling memoir of the world's most notorious jewel thief - a woman who defied society's prejudices and norms to carve her own path, and live out her dreams.She stole diamonds from the people who underestimated her, she exploited the men who tried to domesticate her, and she consistently defied society's assumptions and prejudices to create a new life for herself, Doris Payne's life was like a movie and her story is in the ebullient spirit of OCEAN'S 8, THE HEIST, and THELMA & LOUISE.Growing up during the Depression in the segregated coal town of Slab Fork, West Virginia, Doris Payne was told her dreams were unattainable for poor black girls like her. Surrounded by people who sought to limit her potential, Doris vowed to turn the tables after the owner of a jewellery store threw her out when a white customer arrived. Neither racism nor poverty would hold her back; she would get what she wanted and help her mother escape an abusive relationship.Using her southern charm, quick wit, and light fingers as her tools, Payne began shoplifting small pieces of jewellery from local stores. Over the course of six decades, her talents grew with each heist. Becoming an expert world-class jewel thief, she daringly pulled off numerous diamond robberies whilst her boyfriend fenced the stolen gems to Hollywood celebrities.Doris's criminal exploits went unsolved well into the 1970s-partly because the stores did not want to admit that they were duped by a black woman. Eventually realising Doris was using him, her boyfriend turned her in. She was arrested after stealing a diamond ring in Monte Carlo that was valued at more than half a million dollars. But even prison couldn't contain this larger-than-life personality who managed to escape with various ruses. With her arrest in 2013 in San Diego, Doris's fame skyrocketed when media coverage of her astonishing escapades exploded. Today, at eighty-eight, Doris, as bold and vibrant as ever, lives in Atlanta, and is celebrated for her glamorous legacy. She sums up her adventurous career best: "It beat being a teacher or a maid." A rip-roaringly fun and exciting story as captivating and audacious as CATCH ME IF YOU CAN and as honest and compelling as HIDDEN FIGURES - DIAMOND DORIS is the portrait of a captivating anti-hero who refused to be defined by the prejudices and mores of a hypocritical society.

Other Editions - Diamond Doris: The True Story of the World's Most Notorious Jewel Thief by Doris Payne 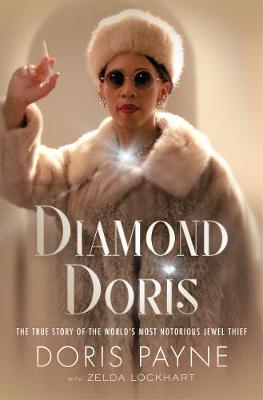 » Have you read this book? We'd like to know what you think about it - write a review about Diamond Doris: The True Story of the World's Most Notorious Jewel Thief book by Doris Payne and you'll earn 50c in Boomerang Bucks loyalty dollars (you must be a Boomerang Books Account Holder - it's free to sign up and there are great benefits!)


A Preview for this title is currently not available.
More Books By Doris Payne
View All