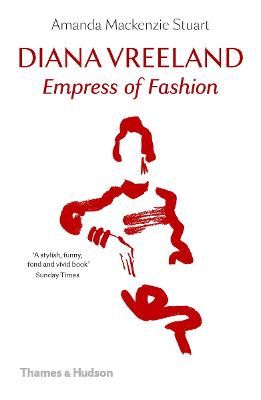 Described by an admirer as 'the High Druidess of fashion, the Supreme Pontiff, Perpetual Curate and Archpresbyter of elegance, the Vicaress of Style', Diana Vreeland is the cloth from which 21st-century fashion editors are cut. Diana joined Harper's Bazaar in 1936, where her pizzazz and singular point of view quickly made her a major creative force in fashion. During her time at Harper's Bazaar and later as the editor-in-chief of Vogue, the self-styled 'Empress of fashion' launched Twiggy's career, advised Jackie Kennedy, and enjoyed the full swing of sixties' London. In Diana's Vogue, women were encouraged to resist fashion orders from on high, and to use their own imaginations in re-creating themselves - much as Vreeland spent her own life doing.

In this book, Amanda Mackenzie Stuart portrays a visionary: a fearless innovator who inspired designers, models, photographers and artists. Diana Vreeland reinvented the way we think about style and where we go to find it. As an editor, curator and wit, she made a lasting mark and remains an icon for generations of fashion lovers. 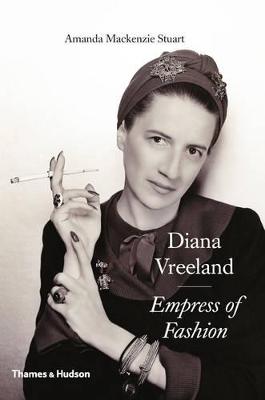 » Have you read this book? We'd like to know what you think about it - write a review about Diana Vreeland: Empress of Fashion book by Amanda MacKenzie Stuart and you'll earn 50c in Boomerang Bucks loyalty dollars (you must be a Boomerang Books Account Holder - it's free to sign up and there are great benefits!)


A Preview for this title is currently not available.
More Books By Amanda MacKenzie Stuart
View All