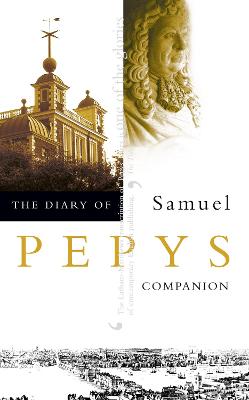 The Diary of Samuel Pepys

The companion volume to the complete Diary of Samuel Pepys in its most authoritative and acclaimed edition.

Samuel Pepys's Diary was first published in abbreviated form in 1825. A succession of new versions brought out in the Victorian era made the Diary one of the best-known books and Pepys one of the best-known figures of English history. However, not until the publication of the Latham and Matthews edition was the Diary presented in its complete form, with a newly transcribed text and the benefit of a systematic commentary. The text of the Diary is in nine volumes, followed by this Companion and an Index. The edition has justly become established as the definitive version, hailed by The Times as 'one of the glories of contemporary English publishing' and by C. P. Snow as 'a triumph of modern scholarship'.

The Companion has been compiled and edited by Robert Latham, with specialist contributions from other scholars. The result of many years' research, it is an essential adjunct to the Diary text.

Over 1,700 entries, alphabetically arranged, fill in the background details about the people and places mentioned in the Diary. In addition there are longer articles on a wide range of subjects of particular relevance to Pepys and his period, such as the Great Fire, the Dutch Wars and the Plague. Others reflect Pepys's lively interest in the arts, science and medicine, and his work for the Navy. In addition, many aspects of social history are covered in articles on, for example, dress, food, drink, taverns and travel. The book is completed by an extensive glossary, genealogical tables, a chronology and maps.

The Companion will not only enrich every reader's appreciation of Pepys's magnificent Diary, but forms in its own right a fascinating and varied survey of seventeenth-century England. 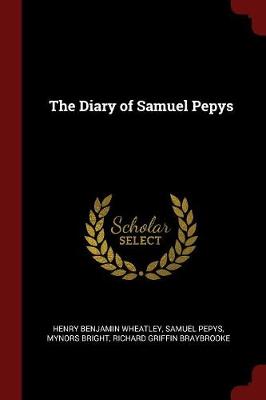 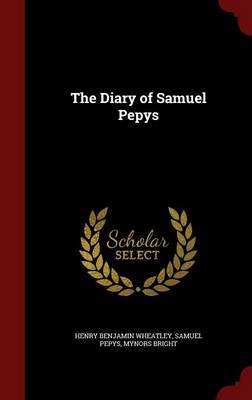 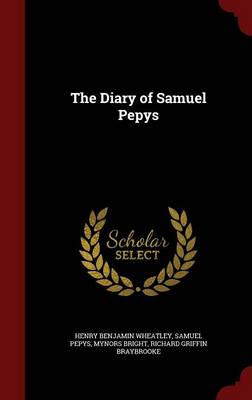 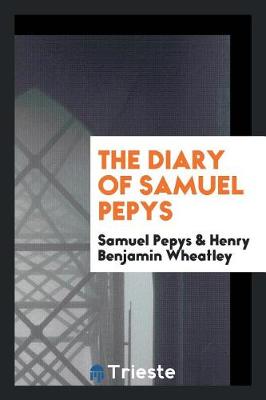 » Have you read this book? We'd like to know what you think about it - write a review about Diary of Samuel Pepys book by Samuel Pepys and you'll earn 50c in Boomerang Bucks loyalty dollars (you must be a Boomerang Books Account Holder - it's free to sign up and there are great benefits!)

Robert Latham, cbe, ma, fba was born in Audley, Staffordshire. Educated at Cambridge, he was Reader in History in the University of London at Royal Holloway College from 1947 to 1968 when he went to the University of Toronto as Professor of History. From 1970 he was a Fellow of Magdalene College, Cambridge, where, as Pepys Librarian until 1982, he had charge of the remarkable collection of books, prints and manuscripts which Pepys left to his old College. He devoted the greater part of his life to the study of the Diary, and died in January 1995.

A Preview for this title is currently not available.
More Books By Samuel Pepys
View All

The Life, Journals, and Correspondence of Samuel Pepys, Esq., F.R.S., Secretary to the Admiralty in the Reigns of Charles II and James II: Including a Narrative of His Voyage to Tangier; Volume 2
$105.69 $117.43

Diary and Correspondence of Samuel Pepys from His Ms. Cypher in the Pepsyian Library: With a Life and Notes by Richard Lord Braybrooke; Volume 2
$103.48 $114.98

The Diary of Samuel Pepys, M.A., F.R.S., Clerk of the Acts and Secretary to the Admirality: Pepysiana, Or, Additional Notes on the Particulars of Pepys's Life and on Some Passages in the Diary: With Appendixes
$81.44 $90.49

Diary and Correspondence of Samuel Pepys from His Ms. Cypher in the Pepsyian Library, with a Life an
$72.18 $80.20

Diary and Correspondence of Samuel Pepys from His Ms. Cypher in the Pepsyian Library, Volume I
$72.18 $80.20

Diary and Correspondence of Samuel Pepys, F.R.S., Secretary to the Adimiralty in the Reigns of Charl
$83.20 $92.45