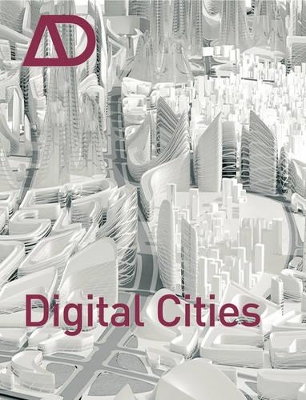 Guest-edited by Neil Leach
What is the impact of digital technologies on the design and
analysis of cities? For the last 15 years, the profound impact of
computer-aided techniques on architecture has been well charted.
From the use of standard drafting packages to the more experimental
use of generative design tools and parametric modelling, digital
technologies have come to play a major role in architectural
production. But how are they helping architects and designers to
operate at the urban scale? And how might they be changing the way
in which we perceive and understand our cities?

Features some of the world?s leading experimental
practices, such as Zaha Hadid Architects, R&Sie(n), Biothing
and Xefirotarch.

Takes in exciting emerging practices, such as moh architects,
kokkugia and THEVERYMANY, and work by students at some of the most
progressive schools, such as the AA, Dessau Institute of
Architecture and RMIT.

» Have you read this book? We'd like to know what you think about it - write a review about Digital Cities AD book by Neil Leach and you'll earn 50c in Boomerang Bucks loyalty dollars (you must be a Boomerang Books Account Holder - it's free to sign up and there are great benefits!)

A Preview for this title is currently not available.
More Books By Neil Leach
View All