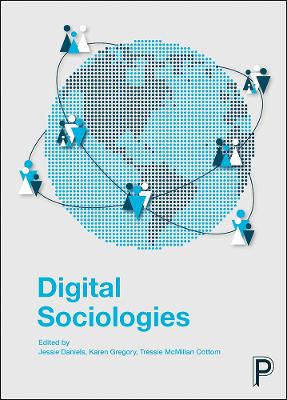 This handbook connects digital media technologies to the traditional sociological areas of study, like labour, culture, education, race, class and gender. It includes topics ranging from web analytics, wearable technologies, social media analysis and digital labour. This rigorous, accessible text explores contemporary dilemmas and problems of the digital age in relation to inequality, institutions and social identity, making it suitable for use for a global audience on a variety of social science courses and beyond. 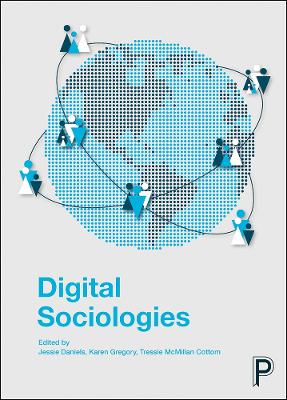 » Have you read this book? We'd like to know what you think about it - write a review about Digital sociologies book by Jessie Daniels and you'll earn 50c in Boomerang Bucks loyalty dollars (you must be a Boomerang Books Account Holder - it's free to sign up and there are great benefits!)

Jessie Daniels is a professor, author and an internationally recognized expert on the Internet manifestations of racism. She is the author of two books about race and various forms of media, as well as dozens of peer-reviewed articles in journals such as New Media & Society, Gender & Society, American Journal of Public Health, and Women's Studies Quarterly. She co-founded Racism Review, with Joe R. Feagin, and was awarded a Ford Foundation grant for JustPublics@365. In 2014, Contexts Magazine profiled her as "Pioneering Digital Sociology. Karen Gregory is a lecturer in Digital Sociology at the University of Edinburgh. Her research focuses on contemporary spirituality, precarity, entrepreneurialism and digital media. Her writings have appeared in Women's Studies Quarterly, Women and Performance, The Journal of Interactive Technology and Pedagogy, and Visual Studies. Karen is the founder of CUNY Graduate Center's Digital Labor Working Group, which was featured in The Atlantic. Tressie McMillan Cottom is a former fellow at the Microsoft Social Media Collective, the Center for Poverty Research at UC-Davis and she serves on the American Sociological Association's "Task Force on Engaging Sociology". Her work has examined education expansion, media, technology and the intersections of race, class and gender. And her publications have appeared in Contexts, Western Journal of Emergency Medicine and Human Affairs as well as edited volumes. Tressie's public sociology has appeared in the New York Times, Washington Post, The Atlantic and NPR. Her blog and social media accounts have numerous citations and awards.

A Preview for this title is currently not available.
More Books By Jessie Daniels
View All