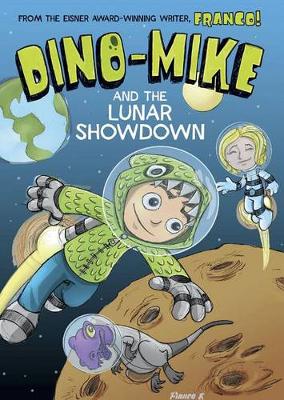 Dino-Mike and the Lunar Showdown

Description - Dino-Mike and the Lunar Showdown by Franco Aureliani

Having been defeated in Australia and Antarctica, Mr. Bones hides out somewhere he's sure he won't be found: the Moon! But the joke's on him, as Mike and Shannon take to the space to face off against their arch-nemesis in a lunar showdown of dino-sized proportions! But when they finally track him down, they realise Mr. Bones isn't at all what he seems to be . . . Each book in this action-packed series is written and illustrated by the Eisner-Award winning creator of Tiny Titans: Franco! AGES: 6-8 AUTHOR: Eisner award-winning writer and artist Franco Aureliani has been drawing comics since he could hold a crayon. Currently residing in upstate New York with his wife, Ivette and son, Nicolas, he spends most of his days in his Batcave-like studio where he works on comics projects. In 1995, Franco founded Blindwolf Studios, an independent art studio where he and fellow creators can create children's comics. Franco is the creator, artist and writer of Weirdsville, L'il Creeps, and Eagle All Star, as well as the co-creator and writer of Patrick the Wolf Boy. Franco recently finished work on Superman Family Adventures, and is now co-writing the new series The Green Team: Teen Trillionaires. When he's not writing and drawing, Franco also teaches high school art. 6-8

Other Editions - Dino-Mike and the Lunar Showdown by Franco Aureliani 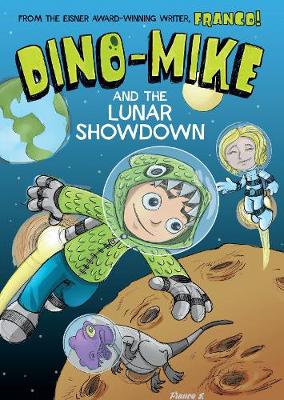 Book Reviews - Dino-Mike and the Lunar Showdown by Franco Aureliani

» Have you read this book? We'd like to know what you think about it - write a review about Dino-Mike and the Lunar Showdown book by Franco Aureliani and you'll earn 50c in Boomerang Bucks loyalty dollars (you must be a Boomerang Books Account Holder - it's free to sign up and there are great benefits!) 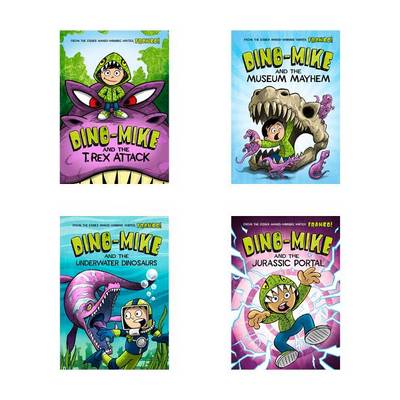 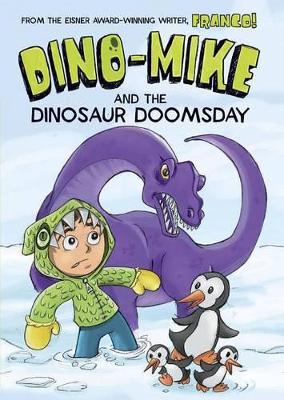