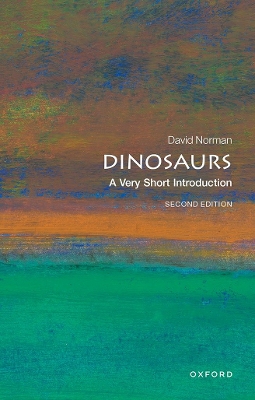 Dinosaurs are fascinating creatures and their popularity seems never ending, fuelled by films such as Jurassic Park and documentaries such as Walking with Dinosaurs. Yet dinosaurs (or more precisely non-avian dinosaurs) last trod the Earth 65 million years ago. All we know of them today are their fossilised bones, the tracks and traces that they left behind and, in very rare instances, some of the soft tissues or even traces of their chemistry. In many respects dinosaurs present us with one of the ultimate forensic challenges: they comprise the fragmentary remains of creatures that died many tens of millions of years ago, rather than just recently, or a few tens of years ago, which is the problem usually faced by forensic pathologists. How much do we really know about them, and to what extent can their remains inform us about ancient worlds, and indeed about the history of our planet?In this Very Short Introduction David Norman discusses how dinosaurs were first discovered and interpreted, and how our understanding of them has changed over the past 200 years. He looks at some of the amazing discoveries that have enabled us to gain new and unexpected insights into dinosaurs as animals with natural histories and behaviours, and considers some of the biggest questions in dinosaur biology, such as the implications of them having warm blood. Norman also shows how research upon dinosaurs has been enriched, particularly in recent decades, by technological break-throughs, which complement the informed speculation and luck which have played a part in many of the major discoveries.ABOUT THE SERIES: The Very Short Introductions series from Oxford University Press contains hundreds of titles in almost every subject area. These pocket-sized books are the perfect way to get ahead in a new subject quickly. Our expert authors combine facts, analysis, perspective, new ideas, and enthusiasm to make interesting and challenging topics highly readable.

Other Editions - Dinosaurs: A Very Short Introduction by David Norman 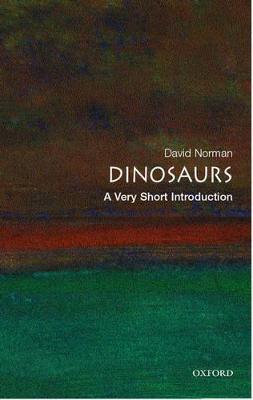 » Have you read this book? We'd like to know what you think about it - write a review about Dinosaurs: A Very Short Introduction book by David Norman and you'll earn 50c in Boomerang Bucks loyalty dollars (you must be a Boomerang Books Account Holder - it's free to sign up and there are great benefits!)

David Norman is a palaeontologist based at the University of Cambridge. Much of his research work has concentrated on the anatomy, biology, and evolution of ornithischian dinosaurs. He is one of the world's leading experts on iguanodontian dinosaurs and has trained a group of students who are themselves now leading palaeontologists and functional morphologists in their fields of research. David is a best-selling author and has been awarded prizes for some of his books, many of which are intended to introduce science to audiences through the use of dinosaurs as a starting point; he has also been an advisor on various television programmes, notably for Sir David Attenborough (Lost Worlds, Vanished Lives) and the late Walter Kronkite (Dinosaur!), as well as the multi-award winning Walking with Dinosaurs.

A Preview for this title is currently not available.
More Books By David Norman
View All

Bread on the Table: Recipes for Making and Enjoying Europe's Most Beloved Breads
Available, ships in 7-10 business days
$49.49 $54.99

Alcohemy: The Solution to Ending Your Alcohol Habit for Good-Privately, Discreetly, and Fully in Control
Available, ships in 8-11 days
$94.66 $105.18

Farming Systems In The Nigerian Savanna: Research And Strategies For Development
No Stock on Hand, Supplier Has No Due Date for Supply.
$226.80 $252.00

Dinosaurs Spotters Sticker Book
No Stock on Hand, Supplier Has No Due Date for Supply.
$15.29 $16.99