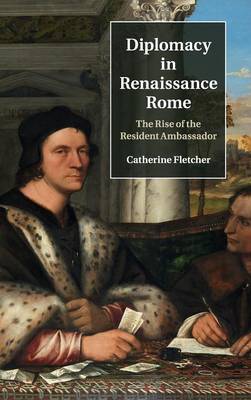 The Rise of the Resident Ambassador

Diplomacy in Renaissance Rome is an investigation of Renaissance diplomacy in practice. Presenting the first book-length study of this subject for sixty years, Catherine Fletcher substantially enhances our understanding of the envoy's role during this pivotal period for the development of diplomacy. Uniting rich but hitherto unexploited archival sources with recent insights from social and cultural history, Fletcher argues for the centrality of the papal court - and the city of Rome - in the formation of the modern European diplomatic system. The book addresses topics such as the political context from the return of the popes to Rome, the 1454 Peace of Lodi and after 1494 the Italian Wars; the assimilation of ambassadors into the ceremonial world; the prescriptive literature; trends in the personnel of diplomacy; an exploration of travel and communication practices; the city of Rome as a space for diplomacy; and the world of gift-giving.

Other Editions - Diplomacy in Renaissance Rome by Catherine Fletcher 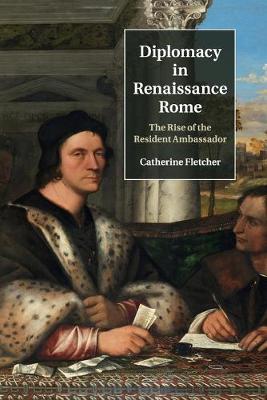 » Have you read this book? We'd like to know what you think about it - write a review about Diplomacy in Renaissance Rome book by Catherine Fletcher and you'll earn 50c in Boomerang Bucks loyalty dollars (you must be a Boomerang Books Account Holder - it's free to sign up and there are great benefits!)

Catherine Fletcher is Lecturer in Public History at the University of Sheffield. Her first book, Our Man in Rome: Henry VIII and his Italian Ambassador, was published in 2012. Catherine graduated with a first-class degree in Politics and Communication Studies from the University of Liverpool and worked for the BBC Political Unit before studying for a PhD in History at Royal Holloway, University of London. She held fellowships at the Institute of Historical Research, the British School at Rome and the European University Institute before taking up her current post in 2012. She has published widely on aspects of early modern political culture and diplomacy. Catherine is a regular media contributor and has been a guest on two editions of BBC Radio 4's 'In Our Time' among other programmes. She has been a historical adviser to the new TV production of Wolf Hall and blogs at History Matters.