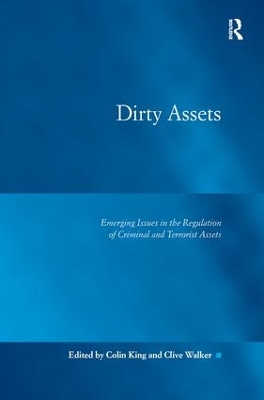 Emerging Issues in the Regulation of Criminal and Terrorist Assets

Adopting a multi-disciplinary and comparative approach, this book focuses on the emerging and innovative aspects of attempts to target the accumulated assets of those engaged in criminal and terrorist activity, organized crime and corruption. It examines the 'follow-the-money' approach and explores the nature of criminal, civil and regulatory responses used to attack the financial assets of those engaged in financial crime in order to deter and disrupt future criminal activity as well as terrorism networks. With contributions from leading international academics and practitioners in the fields of law, economics, financial management, criminology, sociology and political science, the book explores law and practice in countries with significant problems and experiences, revealing new insights into these dilemmas. It also discusses the impact of the 'follow-the-money' approach on human rights while also assessing effectiveness. The book will appeal to academics and researchers of financial crime, organized crime and terrorism as well as practitioners in the police, prosecution, financial and taxation agencies, policy-makers and lawyers. 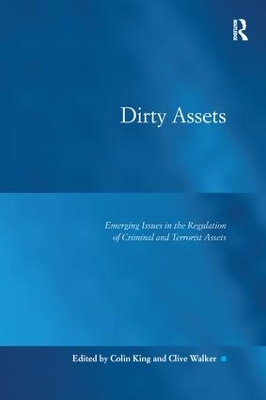 » Have you read this book? We'd like to know what you think about it - write a review about Dirty Assets book by Colin King and you'll earn 50c in Boomerang Bucks loyalty dollars (you must be a Boomerang Books Account Holder - it's free to sign up and there are great benefits!)

Colin King is Senior Lecturer in Law at the University of Sussex. He is also Academic Fellow at the Honourable Society of the Inner Temple. Prior to joining Sussex, Colin lectured at the Universities of Manchester and Leeds, and was Director of the University of Leeds Innocence Project. He completed his PhD at the University of Limerick, Ireland in 2010. Clive Walker is Professor of Criminal Justice Studies at the School of Law, University of Leeds, where he has served as the Director of the Centre for Criminal Justice Studies (1987-2000) and as Head of School (2000-2005, 2010). He has written extensively on criminal justice issues with a special focus on terrorism issues and also miscarriages of justice, with many publications not only in the UK but also in several other jurisdictions, especially the USA, where he has been a visiting professor at George Washington and Stanford Universities. In 2003, he was a special adviser to the UK Parliamentary select committee which scrutinised what became the Civil Contingencies Act 2004, from which experience he published The Civil Contingencies Act 2004: Risk, Resilience and the Law in the United Kingdom (Oxford University Press, 2006). He has also given evidence to many other Parliamentary and official inquiries, not only in the UK but also in Australia, Canada, and the US. His latest book on terrorism is a comprehensive study of Terrorism and the Law (Oxford University Press, 2011) and was supported by an AHRC fellowship. His standing in the field of terrorism laws has resulted in his appointment by the Home Office as a special adviser. Colin King, Clive Walker, Matthias J. Borgers, Karen Bullock, Stuart Lister, Daniele Piva, Rosita Dzhekova, Andrew Goldsmith, David Gray, Russell G. Smith, Michelle Gallant, Jackie Harvey, Indira Carr, Robert Jago, Laura K. Donohue, Thomas Baumert, Mikel Buesa, Christina Eckes.

A Preview for this title is currently not available.
More Books By Colin King
View All

Dirty Assets: Emerging Issues in the Regulation of Criminal and Terrorist Assets
$85.49 $94.99